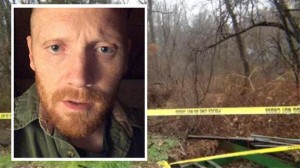 One week prior to Stone’s alleged killing spree and suicide, the veteran had been receiving mental health care services through the Department of Veterans Affairs. At the time of his death, Trazodone, an antidepressant, Risperidone, an antipsychotic and mCPP, used in psychiatric research and also a recreational drug similar to ecstasy, were found in Stone’s system.

35-year old Bradley Stone, an Iraq War veteran and alleged killer of six members of his immediate family, is the third recent case of military personnel committing mass murder on the general public while under the influence of psychiatric drugs documented to cause violence and in some cases, even homicidal ideation.

Stone follows in the footsteps of Spec. Ivan Lopez who, in April of this year, opened fire at Ft. Hood killing three and wounding 16. Within the month prior to the shooting, Lopez had been examined by a psychiatrist and was being evaluated for PTSD. He had been prescribed Ambien, antidepressants and other medications to treat anxiety and depression. 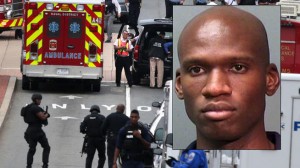 Alexis had received prescriptions for the antidepressant, Trazodone, from two Veterans Administration hospitals a month before the shooting.

Lopez’s attack was preceded by the September 2013 attack by Navy contractor, Aaron Alexis, at the Washington Navy Yard. Twelve were killed and eight others wounded before Alexis was killed by police. Alexis had received prescriptions for the antidepressant, Trazodone, from two Veterans Administration hospitals a month before the shooting.

Stone’s case is the mirror image of Lopez and Alexis. According to the Montgomery County, Pennsylvania coroner, Stone died of “combined drug intoxication.” In other words, Stone died from a cocktail of prescribed psychiatric drugs. Trazodone, an antidepressant, Risperidone, an antipsychotic and mCPP, used in psychiatric research and also a recreational drug similar to ecstasy, were found in Stone’s system.

Singularly the antidepressant Trazodone may produce adverse effects such as mania, paranoia, hypomania, delirium, agitation, psychosis, hallucinations and self-destructive behavior. The antipsychotic Risperidone may produce side effects including aggressive behavior, mania, anxiety and insomnia and mCPP produces hallucinogenic effects. It is anyone’s guess what side effects would be produced in a cocktail of these psychiatric drugs.

On its own, the antidepressant, Trazadone, carries the Food and Drug Administration’s, FDA, “Black box” warning about increased suicidal thinking and behavior. The FDA’s MedWatch system reveals that between 2004 and 2012 the federal drug agency received more than 14,000 reports on psychiatric drugs causing violent side effects. 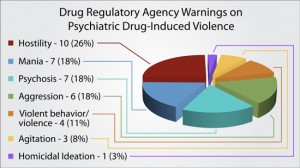 Literally just one week prior to Stone’s alleged killing spree and suicide, the veteran had been receiving mental health care services through the Department of Veterans Affairs. He had previously been diagnosed with PTSD and had been diagnosed as 100 percent disabled.

At that time Stone had been seen by a psychiatrist at the Veterans Administration and, although the VA’s yet-to-be-revealed psychiatrist cleared Stone of any suicidal or homicidal tendencies, one can only wonder what “treatment” was provided to the veteran. For example, were Stone’s numerous medications “tweaked” prior to the deadly assault – were the veteran’s medications increased, decreased or changed? 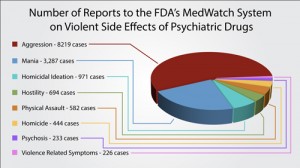 These are important questions that need to be addressed because Stone’s brutal and unusual behavior is not unique. In 2012, there were 349 suicides among active duty military personnel – more than were killed in combat in Iraq and Afghanistan. And veterans are killing themselves at the rate of 22 a day – one every 65 minutes.

One in six American service members is taking at least one psychiatric drug, and the U.S. government has no way of knowing how many psychiatric drugs are handed out on the front lines or shared among the troops. Between 2005 and 2011, the U.S. Department of Defense and the Veterans Administration increased prescriptions of psychiatric drugs by nearly seven times.

Stone is one of many (37 percent) war veterans diagnosed with the non-scientific/non-medical PTSD, of which 80 percent are “treated” with psychiatric mind-altering drugs

Since 2006, there has been a 30 percent increase in violent sex crimes and domestic abuse in the military and child abuse is up more than 40 percent. At the same time the rate of psychiatric drug use has increased exponentially. The Pentagon yearly spends $2 billion a year on mental health alone, and the Veterans Administration’s mental health budget has soared from less than $3 billion in 2007 to nearly $7 billion in 2014.

Of the 8,000 veterans who kill themselves every year, 33% of those suicides can be attributed to medication side effects. Despite these overwhelming data, lawmakers and Pentagon brass refuse to consider the connection and these tragic scenarios will continue.

Bradley Stone, while on a cocktail of psychiatric drugs, allegedly took the lives of six innocent family members and then took his own life. As there is no data to support the efficacy of the cocktail of mind-altering drugs prescribed as “treatment,” for the alleged PTSD, Stone is the latest statistic that can be attributed to a psychiatric experiment that has become “treatment” with mind-altering drugs.