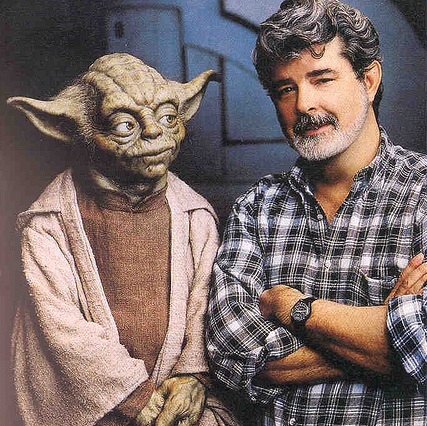 George Lucas is but one example of a creative visionary who credits daydreaming as an impetus for his career.

"Russell Barkley's latest fad diagnosis, Sluggish Cognitive Tempo (SCT ) will most certainly increase pharmaceutical profits, and it will be at the cost of the daydreamers who bring to the world extraordinary creativity and scientific breakthroughs.”

George Lucas, the creator of the Star Wars and Indiana Jones films once stated, “I’m not much of a math and science guy. I spent most of my time in school daydreaming and managed to turn it into a living.”

Lucas is among good company. Some of the world’s greatest minds, including scientists, artists, innovators and humanitarians, were avid daydreamers. Despite the incalculable gifts resulting from the work of some of the world’s most famous daydreamers like Albert Einstein, Thomas Alva Edison, Sir Isaac Newton, Florence Nightingale and Sir Paul McCartney, the latest fad diagnosis—Sluggish Cognitive Tempo (SCT)—will “psychiatrize” the creative thoughts of millions of children including our future artists, scientists and label them with the latest ‘fad’ in mental illnesses, “SCT”.

Psychologist Russell Barkley’s recently released ADHD: A Handbook for Diagnosis & Treatment, Fourth Edition, markets SCT. And Barkley suggests that the alleged SCT “may be a form of pathological mind wandering,” even though there are no medical/scientific tests to confirm any pathological finding. But this is the same man who once said that Ritalin (methylphenidate) which, according to the Drug Enforcement Administration, is nearly identical to cocaine in its effect, is “safer than aspirin.” 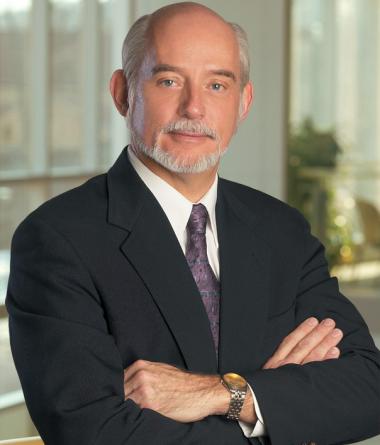 According to Barkley, SCT apparently is an extension of ADHD and, like all psychiatric diagnosis, is completely subjective. Reported symptoms of this alleged mental illness include daydreaming, trouble staying awake, mentally foggy, mind is elsewhere, lost in thoughts, slow-moving/sluggish, doesn’t process questions or explanations accurately and slow to complete tasks.

Given Barkley’s interest in expanding the ADHD market, the psychologist’s relationship with pharmaceutical giant, Eli Lilly, is no small issue, especially when one considers Barkley’s help in  investigating how Lilly’s flagship ADHD drug, Strattera, (an SNRI antidepressant) might “treat” the alleged SCT, calling it “an exciting find.”

In 2017, Lilly will lose its patent for its ADHD “treatment,” Strattera, unless the pharmaceutical company can obtain Food and Drug Administration (FDA) approval for a new indication—a new “legitimate” disorder. Between 2009 and 2012, Barkley received $118,000 from Lilly for consulting and speaking engagements and earlier this year claimed that as many as two million children may have the alleged SCT. 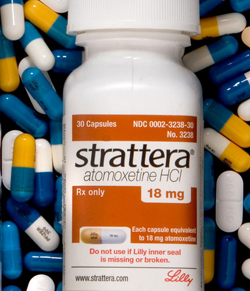 Barkley’s relationship with pharmaceutical giant, Eli Lilly, is no small issue, especially when one considers Barkley’s help in investigating how Lilly’s ADHD drug, Strattera, might “treat” the alleged SCT, calling it “an exciting find.”

U.S. Strattera sales for 2013 were $446.3 million, but with Strattera’s patent expiration in 2017, typically sales drop dramatically when less expensive generic versions become available. It should be noted, however, that according to Lilly’s website (strattera.com), the “precise mechanism by which Strattera produces its therapeutic effects in ADHD is unknown,” and “if Strattera works for you [or your child], it may improve attentiveness and decrease hyperactivity/impulsivity.” How the drug works is “unknown”? “If” the drug works? It “may improve…”?

One can only wonder, given the numerous unknowns associated with its therapeutic effects, how the drug was ever approved for the alleged “treatment” of ADHD, let alone considering the expansion of its use for the alleged SCT. And these unknowns do not even address the FDA’s “black box” warning attached to Strattera, due to the increased risk of suicidal thinking in children and adolescents.

Barkley’s assistance to Eli Lilly is not the extent of the psychologist’s marketing efforts for the alleged SCT and ADHD, as he receives, or has received, research support, acted as a consultant and/or served on a speaker’s bureau for other ADHD drug manufacturers, including: Shire Pharmaceuticals, McNeil Pediatrics, Janssen and Novartis. 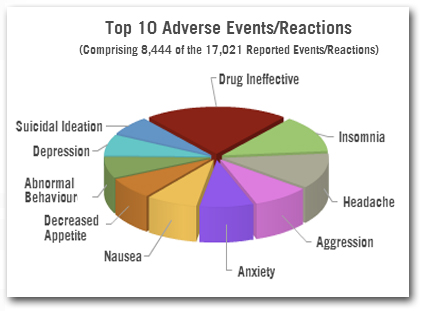 In order to help other mental health professionals to identify the alleged SCT in adults, Barkley has published a Sluggish Cognitive Tempo symptom checklist through Guilford Press at the cost of $131.75, from which Barkley receives royalties. And the psychologist also edits the SCT Wikipedia page.

While it appears that Barkley is well into a full-court press for acceptance of the alleged SCT as a new psychiatric disorder, some of the big hitters are not as enamored. Dr. Allen Frances, a professor emeritus at Duke University and chairman of the DSM-IV Task Force, slammed SCT as “a remarkably silly name for an even sillier proposal.” Frances further stated it is “an absurd over-reach that would pin a diagnostic mislabel on millions of normal kids. It would subject them to unnecessary and potentially harmful medications….This is a public health experiment on millions of kids.”

In the U.S. alone, 6.4 million children have been labeled as “suffering” from the alleged ADHD and 4.4 million of them have been prescribed cocaine-like stimulants, adding up to a hefty $10.4 billion dollar payday for pharmaceutical companies.

While Barkley’s efforts to extend the definition of the alleged ADHD to include the alleged SCT will most certainly increase pharmaceutical profits, it will be at the cost of the daydreamers who bring to the world extraordinary creativity and scientific breakthroughs.