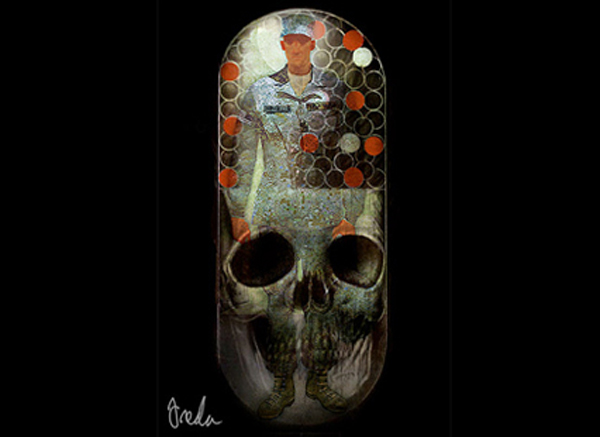 “Unfortunately, it would appear that the medical profession is underestimating the known risks associated with these drugs, due to both ignorance and the pursuit of billions in profits.”

Another example of unstable behavior linked with SSRIs

The ex-stepson of the veteran arrested for jumping over the White House fence says the vet was on psychiatric medication prescribed by a Ft. Hood psychiatrist, highlighting once again the connection between unstable behavior and SSRIs.

Jerry S. Murphy told CNN his former stepfather, Omar J. Gonzalez, had served three tours in Iraq and was diagnosed with post-traumatic stress disorder and paranoia, which his base psychiatrist was treating with medication.

Gonzales, 42, was arrested on Sept. 19 after reportedly jumping over the north White House fence, sprinting across the lawn and entering the White House.

Police say Gonzales was carrying a Spyderco VG-10 folding knife and a 3½-inch serrated blade, in addition to the 800 rounds of ammunition, two hatchets and a machete found in his car.

SSRIs, which are well known to trigger unstable and often violent behavior, are commonly prescribed to treat PTSD and other mental conditions.

“On December 15, 2010, PLoS Medicine released a study which showed that, in regard to prescription medications associated with reports of violence towards others, the FDA had received the most reports of violence from the SSRI & SNRI antidepressants, except for Chantix, the smoking cessation drug,” the web site SSRI Stories reported, which covers the connection between adverse behavior and SSRIs. “The study listed Prozac as the number two drug for violence, and Paxil as number three.”

“Antidepressants have been recognized as potential inducers of mania and psychosis since their introduction in the 1950s.” 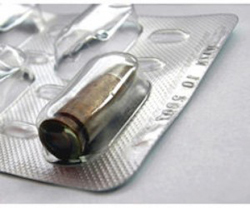 And in the past several decades there have been hundreds of violent incidents, including recent mass shootings, committed by individuals taking psychiatric drugs.

After U.S. Army Specialist Ivan Lopez killed three people and wounded 16 others on Ft. Hood in April, the base commander, Lt. Gen. Mark A. Milley, admitted that Lopez was taking SSRIs.

“He was on medications, that’s correct,” he told Infowars when asked if Lopez was prescribed anti-depressants.

Later it was revealed that Lopez had also been taking Ambien, a sleeping pill associated with aggressive outbursts.

Similarly, the Washington Navy Yard shooter, Aaron Alexis, had been treated with SSRIs for his mental problems.

Staff Sgt. Robert Bales was also taking psychiatric drugs when he slaughtered 16 Afghan civilians back in 2012.

And both ‘Batman’ shooter James Holmes and Columbine killer Eric Harris were prescribed Zoloft, which the Food and Drug Administration warns can cause hostility and aggression.

Unfortunately, it would appear that the medical profession is underestimating the known risks associated with these drugs, due to both ignorance and the pursuit of billions in profits.