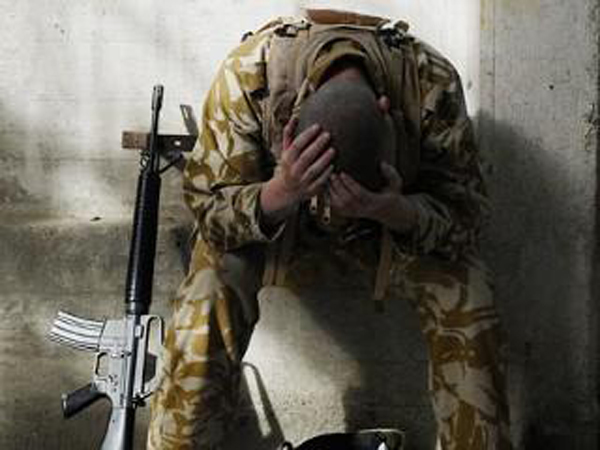 The VA claimed just 790 veterans under department care had taken their own lives that year. Yet, by reviewing available public records since 2005, CBS News uncovered 6,256 suicides.

“Shh!” Katz wrote in one message. “Our suicide prevention coordinators are identifying about 1,000 suicide attempts per month among veterans we see in our medical facilities.”

When the e-mails were disclosed, confirming the CBS findings, some members of Congress called for Katz’s resignation or termination.

Today, Katz remains at VA headquarters as acting director of mental health operations. In a phone interview with The Arizona Republic, he and Caitlin Thompson, deputy director for suicide prevention, said veterans’ mental health care is a national success story that merits a B+ if graded on a curve against other programs. Katz said recent data indicate the suicide rate is increasing among men in the general U.S. population but is stable among VA patients. “We’re doing relatively well by fighting this trend,” he added.

An official Veterans Affairs statement to The Republic supplemented that point: “Getting help from VA does make a positive difference, and treatment does work. VA’s basic strategy for suicide prevention requires ready access to high quality mental health … services supplemented by programs designed to help individuals and families engage in care.”

The positive evaluations come despite VA findings that the number of veteran suicides began rising in 2007. They also come amid confusion over just how many veterans are taking their own lives.

A fact sheet published by the VA’s Suicide Prevention Program in 2012 reported 18 veteran suicides daily, while a “Suicide Data Report” issued by the same program in the same year put the number at 22. In 2013, the VA and Defense Department published a clinical-practice guide saying 18 to 22 die daily.

Even the higher number is suspect. Craig Northacker of Vets-Help.org said death records do not capture the real tally of veterans’ suicides, which he estimates at 30 to 35 daily.

Thompson acknowledged the data dilemma: “Numbers of suicides are just very, very difficult to get, period.”

But other evidence hints at the magnitude of the crisis. As of June 2012, the national VA Suicide Prevention Line was getting roughly 17,000 calls per month — up more than 17 percent from 2009. Four out of five were veterans seeking help, nearly one-third of them contemplating suicide.

The B+ grade from Katz also seems to clash with criticism from Congress, watchdog organizations and whistle-blowers who say VA mental-health programs are beleaguered by delays in care, dishonest record-keeping and staffing shortages.