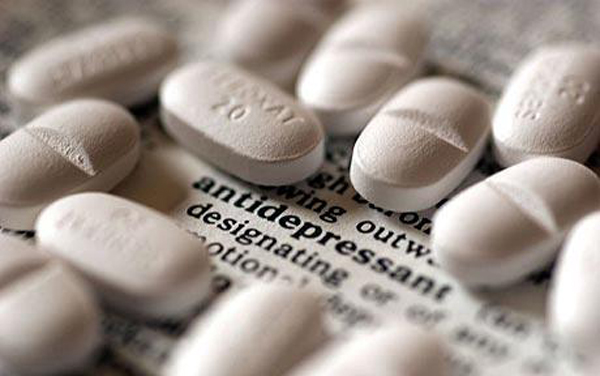 “A recent study, a survey of close to 2,000 people being prescribed antidepressants, showed a much higher than expected rate of serious psychological side effects. Almost half described, 'feeling emotionally numb' and 'caring less about others.'”

When I hear debate over the association between SSRI’s (selective serotonin re-uptake inhibitors, a class of antidepressant medication) and suicidal behavior in children and adolescents, I am immediately brought back to a night in the early 2000’s.  As the covering pediatrician I was called to the emergency room to see a young man, a patient of a pediatrician in a neighboring town, who had attempted suicide by taking a nearly lethal overdose.

That night, as I watched over him in the intensive care unit, I learned that he was a high achieving student and athlete who, struggling under the pressures of the college application process, had been prescribed an SSRI by his pediatrician.  His parents described a transformation in his personality over the months preceding the suicide attempt that was so dramatic that I ordered a CT scan to see if he had a brain tumor. It was normal. When, in the coming years the data emerged about increasing suicidal behavior following use of SSRI’s, I recognized in retrospect that his change in behavior was a result of the medication. But at the time I knew nothing of these serious side effects.

At that time, coinciding with pharmaceutical industry’s aggressive marketing campaign directed at the public as well as a professional audience, these drugs were becoming increasingly popular with pediatricians.

As the possible serious side effects of these medications came increasingly in to awareness, the FDA issued the controversial “black box warning” that the drugs carried an increased risk of suicidal behavior. Following the black box warning, pediatricians, myself included, became reluctant to prescribe these medications. We did not have the time or experience to provide the recommended increased monitoring and close follow-up.

Recently the Boston Globe published an article reviewing the data addressing the concern that the warning, by discouraging prescribing, led to increased suicidal behavior. It includes this key finding.

Studies also found no increase in other treatments for depression, such as psychotherapy; leading to what Fritz called “a net decrease in the amount of treatment.”

This finding offers evidence for more insidious and perhaps more dangerous side effect of antidepressant use in children. The fact that we as a society condone use of these medications in children in the absence of relationship based treatments – CDC report from December 2013 indicated that 50% of adolescents who are on psychiatric medication have not seen a mental health professional – itself changes the landscape of mental health care.

When medications can be used alone, the professions who offer opportunity for listening and human connection are devalued, both culturally and monetarily.

This kind of devaluing sends qualified professionals away. Pediatricians, whose longstanding relationships with children and families makes them ideally suited for preventive interventions, are discouraged from using their time to listen. Social workers, psychologists and others who offer relationship based treatment in which feelings can be recognized and understood, when paid less and less while being required to jump through increasing number of hoops, are less likely to accept insurance.  The drug itself becomes inextricably linked with the shortage of quality mental health care.

A recent study, a survey of close to 2,000 people being prescribed antidepressants, showed a much higher than expected rate of serious psychological side effects. Almost half described, “feeling emotionally numb” and “caring less about others.” These findings occur in the context of a social acceptance of medicating away feelings, and in doing so, devaluing the “being with” that is necessary for growth and healing. The absence of opportunity for meaningful human connection where feelings are recognized and understood, in combination with these psychological side effects, may be what leads to increased risk of suicidal behavior.

I wonder if before we can change what we do, we need to change how we think. Prescribing psychiatric medication to a child without simultaneously offering time and space to listen to him and his family is unacceptable. A change in perspective and attitude is needed before we can to begin to repair our broken mental health care system.

Andrew Solomon, in his sweeping tome about depression, The Noonday Demon, respects the role of medication in treatment. But, recognizing that medication alone it is not sufficient, he writes, “Rebuilding the self in and after depression requires love, insight, work, and most of all, time.”