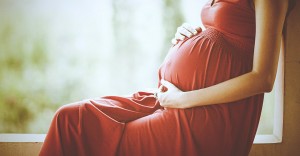 "We call these drugs ‘antidepressants’ but, in actuality, they are just synthetic chemical compounds, which can clearly cause harm in pregnancy and harm to the developing baby."— Adam Urato, M.D., maternal-fetal medicine specialist, Tufts Medical Center

Despite the publication of the seventh peer-reviewed scientific study in four years – virtually all of them concluding that pregnant women taking antidepressants are more likely to give birth to children with autism – news coverage informing the public of the alarming research findings is mysteriously almost nonexistent, doctors tell WND.

It’s not as though a correlation between autism and antidepressants isn’t newsworthy: Tens of millions of American women currently take antidepressants, including between 7 and 13 percent of all pregnant women. And the incidence of autism has, over the same time period, likewise skyrocketed, with the CDC reporting that currently one in 68 children in the U.S. lives with the condition.

“What really bothers me is that the public often does not hear about these important scientific studies,” says Adam Urato, M.D., a maternal-fetal medicine specialist at Tufts Medical Center in Boston and MetroWest Medical Center in Framingham, Massachusetts. “Studies showing harm with the use of antidepressants during pregnancy are often not covered by the mainstream media and the public never gets informed about them.”

Published in the August 2014 issue the British Journal of Psychiatry, the latest study is titled, “Prenatal exposure to selective serotonin reuptake inhibitors and social responsiveness symptoms of autism: population-based study of young children.”

“Our results,” conclude the Netherlands-based researchers, “suggest an association between prenatal SSRI exposure and autistic traits in children. Prenatal depressive symptoms without SSRI use were also associated with autistic traits, albeit this was weaker and less specific.”

WND has covered previous peer-reviewed studies on the antidepressant-autism link here and here. 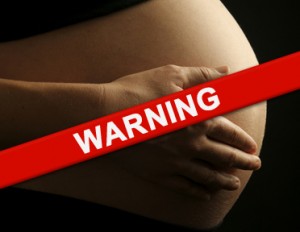 “This scientific evidence really shouldn’t surprise us,” Urato tells WND, commenting on the latest study. “We call these drugs ‘antidepressants’ but, in actuality, they are just synthetic chemical compounds, which can clearly cause harm in pregnancy and harm to the developing baby. Pregnant women who take these antidepressants are just exposing their developing babies to a class of chemical compounds that show significant evidence of harm and don’t show any real proof of improving outcomes for moms or babies.”

“What’s astounding,” says Urato of the growing body of evidence pointing in the same direction, is that such peer-reviewed studies are “basically receiving no media attention.”

Moreover, he stresses, “these studies [involving humans] just confirm what the animal research has already shown us: that exposure of the mammalian brain to SSRI antidepressants during development leads to injury to the brain and autistic behaviors.”

David Healy, M.D., a U.K.-based psychiatrist, psycho-pharmacologist and expert on antidepressants and other psyche meds, tells WND: “That these drugs cause ASD [autism spectrum disorders] is pretty well certain. At this stage, the science is looking increasingly solid. I think virtually every study looking at this issue so far shows increased rates of developmental delay in children born to mothers on SSRIs during the first trimester and through pregnancy. The biological mechanisms through which this is happening are also increasingly understood.”

Healy is the author of the 2013 book, “Pharmageddon,” in which he cites “the increasing numbers of pregnant women who religiously steer clear of alcohol, tobacco, soft cheeses, or anything that might harm their unborn child, but who are nonetheless being urged by their doctors to take drugs like the antidepressants – now the most commonly prescribed drugs in pregnancy – even as the evidence accumulates that these drugs cause birth defects, double the rate of miscarriages, and cause mental handicap in children born to mothers who have been taking them.”

Pointing to the same unfortunate irony is Urato, the Tufts maternal-fetal specialist.

“It almost seems like some kind of cruel joke,” he says. “Nowadays pregnant women are worried about how much tuna fish they are eating or if they need to heat their cold cuts – while an ever-increasing number of them are ingesting these antidepressant chemical compounds during pregnancy. In some studies, rates of exposure to antidepressants during pregnancy are over 10 percent, or more than 400,000 exposed pregnancies each year in the U.S. and many more worldwide.”

So what should pregnant women suffering from depression do? According to Urato, “Depressed pregnant women should not be ignored. They need good treatment and care. But the issue is how best to treat them. The current approach that is often taken – using antidepressant drugs – appears to be causing more harm than good in most cases.”

Fortunately, he adds, “There is good evidence that for many depressed people, non-drug approaches, like exercise or psychotherapy, provides as much benefit, if not more. And those non-drug approaches avoid the risks that come with chemical/medication use in pregnancy. Clearly, non-drug treatments should be the first-line approach in pregnant women and women of childbearing age.”