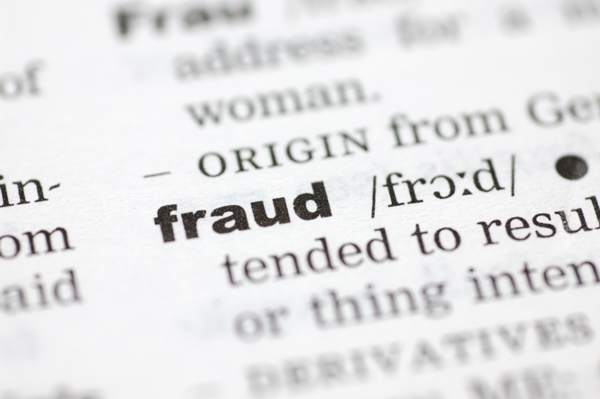 “For mental/psychiatric disorders in general, including depression, anxiety, schizophrenia, and ADHD, there are no confirmatory gross, microscopic or chemical abnormalities that have been validated for objective physical diagnosis.” — Supriya Sharma, MD, a director general of Health Canada

The first is a letter, dated November 10, 2008, sent from Supriya Sharma, MD, a director general of Health Canada, to a private citizen (name withheld).

Health Canada is the equivalent of the FDA in America.

Dr. Sharma is “responding on the Minister’s behalf”—the Health Minister of Canada, a post roughly comparable to the US Secretary of Health and Human Services.

“For mental/psychiatric disorders in general, including depression, anxiety, schizophrenia, and ADHD, there are no confirmatory gross, microscopic or chemical abnormalities that have been validated for objective physical diagnosis.”

Dr. Sharma is readily admitting that the diagnosis of mental disorders has no basis in actual science.

There are no defining diagnostic tests.

That means: no blood tests, no urine tests, no hair tests, no brain scans, no genetic assays. Nothing.

The second smoking gun is an email sent from the FDA, dated March 12, 2009, to Dr. Baughman. It was written by Donald Dobbs, Consumer Safety Officer, Division of Drug Information, Center for Drug Evaluation and Research. It refers back to Health Canada and smoking gun #1:

“I consulted with the FDA new drug review division responsible for approving psychiatric drug products and they concurred with the response you [Dr. Baughman] enclosed from Health Canada.

“Psychiatric disorders (as Health Canada refers) are diagnosed based on a patient’s presentation of symptoms that the larger psychiatric community has come to accept as real and responsive to treatment.”

Could there be a better description of unscientific consensus? 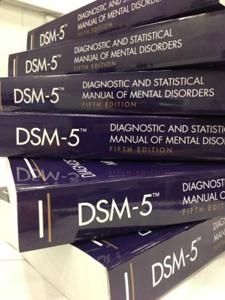 There are roughly 300 officially certified and distinct mental disorders, named and published in the American Psychiatric Association’s bible, the Diagnostic and Statistical Manual of Mental Disorders (the DSM). There are no defining physical tests to diagnose ANY of them. It’s all fraud. It’s that simple and stark.

Psychiatrists can tap dance all they want to about “remarkable progress,” “new breakthroughs,” “the need for more research money,” “chemical imbalances,” but they’re just blowing smoke.

Perhaps psychiatry qualifies for status as a speculative hypothesis, on the level of “Jesus studied healing in Atlantis”— but in what universe does the profession deserve the unqualified backing of the federal government; the ability, under certain conditions, to have citizens placed in psych-ward lockdowns; and the indulgence of courts to hear testimony from “experts” about the mental state of defendants?

Yes, there are certainly people with severe problems. They show all sorts of signs of these problems. But the causes can stem from a variety of circumstances, and any health practitioner worthy of the name would approach each unique patient to find out what is relevant.

Here are two more pieces of information that attest to the unconscionable fraud that is psychiatry.

Dr. Ronald Pies, the editor-in-chief emeritus of the Psychiatric Times, laid the chemical-imbalance theory of mental disorders to rest in the July 11, 2011, issue of the Times with this staggering admission:

“In truth, the ‘chemical imbalance’ notion was always a kind of urban legend — never a theory seriously propounded by well-informed psychiatrists.”

For decades, the whole basis of psychiatric drug research, drug prescription, and drug sales has been: “we’re correcting a chemical imbalance in the brain.”

The problem was, researchers had never established a normal baseline for chemical balance. So they were shooting in the dark. Worse, they were faking a theory. Pretending they knew something when they didn’t. That’s still the case.

In his 2011 piece in Psychiatric Times, Dr. Pies tries to cover his colleagues in the psychiatric profession with this fatuous remark:

“In the past 30 years, I don’t believe I have ever heard a knowledgeable, well-trained psychiatrist make such a preposterous claim [about chemical imbalance in the brain], except perhaps to mock it…the ‘chemical imbalance’ image has been vigorously promoted by some pharmaceutical companies, often to the detriment of our patients’ understanding.”

Absurd. First of all, many psychiatrists have explained and do explain to their patients that the drugs are there to correct a chemical imbalance.

And second, if all well-trained psychiatrists have known, all along, that the chemical-imbalance theory is a fraud…

…since those drugs are developed on the false premise that they correct an imbalance?

Here’s another nail in the coffin: It’s a statement made by a prominent psychiatrist on an episode of PBS’ Frontline series. The episode was: “Does ADHD Exist?”

PBS Frontline Interviewer: Skeptics say that there’s no biological marker—that it [ADHD] is the one condition out there where there is no blood test, and that no one knows what causes it.

Barkley: (Dr. Russell Barkley, professor of psychiatry and neurology at the University of Massachusetts Medical Center): That’s tremendously naïve, and it shows a great deal of illiteracy about science and about the mental health professions. A disorder doesn’t have to have a blood test to be valid. If that were the case, all mental disorders would be invalid…There is no lab test for any mental disorder right now in our science. That doesn’t make them invalid.

Rarely will you hear a scientist make as bold and definitive a statement against his own interests as that one. And Barkley was so egregiously ignorant about what science is that he spoke with blithe confidence.

Science, as opposed to a preferred special interest, demands confirmation of its assertions. That means physical tests. Definitive tests. You claim a disorder exists in the brain, you present a physical test that confirms it.

You can search the entire DSM, the bible of psychiatry, and try to find one such defining test for a diagnosis of any of the 300 so-called mental disorders, including the old standby, schizophrenia, and you’ll go begging. You’ll come up empty.

Think of the range and influence and power of psychiatry. Think about its partnership with central governments and pharmaceutical companies. Think about its ability to pronounce people insane or mentally ill, and what it can then coercively visit on such persons.

Think about all the politicians and pundits who blithely refer society’s problems to the “need for more psychiatric treatment” and “earlier intervention” (with toxic drugs).

You’re interested in staged events? The entire profession of psychiatry, from top to bottom, is a staged event.

It claims that millions and millions of people, including very young children, are suffering from disorders that have never been proven to exist.

As disturbing as this fact may be to some people, there it is.

Of course, many will respond with disbelief. “A total fraud? That couldn’t be because there are professionals who know science and they say…”

I don’t care what they say. I don’t care what the consensus is. You want to play the game called science? You play by the rules of the scientific method. Otherwise, get out and play another game. Read tea leaves in restaurants. Buy a Ouija board. Interpret the wrinkles on an elephant.

But don’t push people around with the claim that you’re engaged in science. You’re peddling snake oil, and anyone with a few active brain cells to rub together can see it.

Also read: Psychiatrists/Physicians admit—Disorders are not a “Disease”