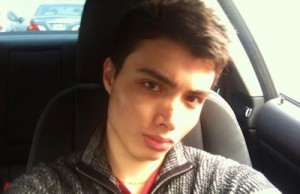 “...as in Columbine and the other rampages that followed, scarcely any mass media attention is paid to the possible role of anti-depressant drugs in these incidents, despite that fact that many of the killers were being treated with them.”

It is by now well established that the Isla Vista rampage killer was being treated for psychological and psychiatric issues. But I want to know if he was being treated with anti-depressants. With all the attention to guns lavished on any instance of young men acting out violent fantasies, as in Columbine and the other rampages that followed, scarcely any mass media attention is paid to the possible role of anti-depressant drugs in these incidents, despite that fact that many of the killers were being treated with them.

Largely missing from the discussion of mass murders is the role that anti-depressants might play in them. There is an disturbing statistical correlation between these murders and the anti-depressant use of the killers who caused them.

Of course, correlation is not necessarily causation but neither does it justify ignoring the possibility. There are about 25 million Americans on these drugs. Let’s say that only one tenth of one percent have a reaction that could lead to manic violence: That’s 25,000 people who could be mass killers.

He cites WPFB’s reporting on Columbine:

But buried beneath the Washington Post headlines was the detail about Eric Harris’ treatment with the antidepressant Luvox. …British psychiatrist Dr. David Healy told WPBF 25 News that “almost all the school shooters that we know of have either been on or using these drugs or in withdrawal from them.”

Healy is a leading voice in the call for stronger warnings about anti-depressants, specifically the withdrawal from the group of drugs called Selective Seratonin Reintake Inhibitors, or SSRI.

“You can become emotionally numb when you go on these drugs,” Healy said. “That means you can do things you wouldn’t normally contemplate doing.”

In Health and Nutrition Secrets, Dr. Russell L. Blaylock writes, “It is also known that these medications increase brain levels of the neurotransmitter serotonin, which, in high concentrations, can also act as an excitotoxin.” When antidepressant drugs raise serotonin to an excitotoxin level, the brain reacts in ways similar to mental illness. According to Burton Goldberg’s book, ‘AlternativeMedicine’, side effects of SSRIs include uncontrollable facial and body tics, dizziness, hallucinations, nausea, sexual dysfunction, addiction, electric-shock-like sensations in the brain and, of course, homicidal or suicidal thoughts and behavior.

Unfortunately, the doctors prescribing these SSRIs often forget that you can have too much of a good thing — that is, too much serotonin — so they prescribe SSRIs to just about everyone.

I hope that we can have a full airing of the treatments Rodger received.