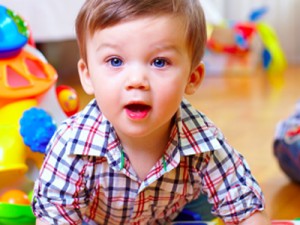 Note from CCHR: Although mainstream press has been running on the fact that 10,000 toddlers (aged 2-3) are prescribed ADHD drugs in the US alone, CCHR is the only organization exposing the fact that according to documents obtained from IMS Health (The largest provider of U.S. prescribing data), 370,000 U.S. toddlers are currently being drugged with a variety of psychiatric drugs including ADHD drugs, antipsychotics, anti-anxiety drugs and antidepressants, along with 274,000 0-1 year olds.

A report from the Centers for Disease Control and Prevention last week confirmed what many have suspected: more than 10,000 2- and 3-year-olds in the U.S. are being dosed with drugs like Ritalin and Adderall for “attention deficit hyperactivity disorder.” You read that right.

There is no medical basis to the dosing. American Academy of Pediatrics’ guidelines for ADHD “do not even address the diagnosis in children 3 and younger—let alone the use of such stimulant medications,” reported the New York Times, especially because “hyperactivity and impulsivity are developmentally appropriate for toddlers.”

Toddlers on Medicaid are especially targeted for ADHD meds, commensurate with Big Pharma’s heisting of government funds as its main source of revenue, a marketing plan also seen with Medicare, TRICARE and the VA prescriptions.

Why does the richest nation in the world have so many children afflicted with ADHD, conduct disorders, depression, “spectrum” disorders, oppositional defiant disorder, mixed manias, social phobia and bipolar disorder?

Because children are good customers.

Watch CCHR’s video, “The drugging of our children—
0 to 5 year olds”

Pathologizing kids for money is so insidious, psychiatrist Phillip Sinaikin recounts reading a scientific article in which it was debated whether a 3-year-old girl who ran out in traffic had oppositional defiant disorder or bipolar disorder! The latter is marked by the “grandiose delusions” that she was special and cars could not harm her, said the article.

Stimulants for ADHD are not innocuous. They produce sleep, growth and appetite problems in children, hallucinations and other mental problems and set them up for life-long drug use. There is another class of drugs Big Pharma has convinced doctors to prescribe to large swathes of kids, especially Medicaid kids—atypical antipsychotics like Risperal and Zyprexa. Big Pharma even schmoozed doctors on the golf course to get kids hooked on the dubious drugs. Court documents unsealed in South Carolina in 2009 show that Lilly sales reps used golf bets to push Zyprexa, one doctor agreeing to start new patients on Zyprexa “each time a sales representative parred.” Nice.

Texas’ Medicaid program spent $557,256 for just two months’ worth of pediatric Geodon, another atypical antipsychotic, in 2005, according to court documents, and Geodon was not even approved for children at the time.

A National Institute of Mental Health study of children ages 8 to 19 with psychotic symptoms found Risperdal and Zyprexa were no more effective than the older antipsychotic, Moban, but caused such obesity a safety panel ordered the children off the drugs. In just eight weeks, children on Zyprexa gained 13 pounds and kids on Risperdal gained 9 pounds. Kids taking the older drug, Moban, gained less than a pound.

“Kids at school were making fun of me,” said study participant Brandon Constantineau, who put on 35 pounds while taking Risperdal. In fact, the atypical antipyschotics cause so much weight gain and diabetes, Alaska won a $15 million settlement from Eli Lilly in a suit to recoup medical costs generated by Medicaid patients who developed diabetes while taking Zyprexa.

(The government also bought a lot of Risperdal for adults. The Department of Veterans Affairs spent $717 million on Risperdal for Afghanistan and Iraq war troops’s PTSD over a period of nine years only to discover, after a large-scale study, the drug worked no better than placebo. Oops. VA doctors wrote more than 5 million prescriptions for risperidone/Risperdal from 2000 through June 2010 apparently for naught.)

Pharma ads to get children on the drugs are also unconscionable. The London-based ad agency, Junction 11 (GSW Worldwide) hired noted Welsh oil painter, Mark Moran, to create the award-winning Risperdal “Living Nightmares” campaign. The paintings were designed to “capture physicians’ attention and communicate patients’ agony and need for treatment” said its originators while helping Janssen to “own the relapse/prevention space.” The paintings were called, among other things, “Dog-Woman,” “Witches,” “Rotting Flesh” and “Boiling Rain.”

Another Risperdal campaign, called “Prescribe Early,” uses a macabre abandoned wallet, teddy bear and keys on a barren street, “to reposition a drug that was being used too late to achieve its maximum benefits,” said its ad agency, Torre Lazur McCann. Get it? You should have prescribed the drug earlier.

Brand managers for the atypical antipsychotic Seroquel also chased children, even considering creating Winnie the Pooh characters like Tigger (bipolar) and Eeyore (depressed) according to published reports, at an AstraZeneca sales meeting. A mother I interviewed said she saw toys emblazened with Seroquel logos in a healthcare setting.

Read the rest of the article here:  http://www.alternet.org/personal-health/toddlers-dosed-speed-how-big-pharma-hooks-americas-kids-dangerous-meds?paging=off&current_page=1#bookmark