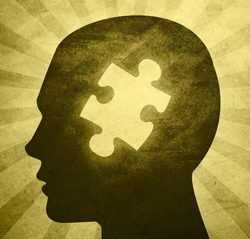 The author of the op-ed of May 6, 2014, “Mental health treatment is not perfect, but it can be life-saving,” [in the CT Mirror] still is disseminating false information about many things, including the cause of mental illnesses.

First, to be clear, in none of these op-ed exchanges has Ablechild ever suggested that anyone should not be entitled to seek treatment. Quite the contrary. But Ablechild believes that accurate information about the cause of mental illness is absolutely necessary for those who are suffering.  To continue to disseminate misinformation about the cause of mental illness is a disservice to those who are desperately looking to the medical and scientific community for help.

The author makes an inaccurate, blanket statement about “ample evidence,” yet fails to provide the supporting data for even one alleged mental disorder, leaving the reader to accept the inaccurate information on the author’s belief, and then places the burden of proof on the reader to do the confirming research.

This information is blatantly wrong. If there is “ample evidence from many research facilities that conduct brain research that mental illness is a biological disease,” then let’s have it. This should be easily documentable and, one would think, the author would be eager to provide such demonstrative, groundbreaking, data.

In fact, the National Institute of Mental Health, NIMH, provides no definitive information about the cause of any mental disorder:

Depression: “Most likely, depression is caused by a combination of genetic, biological, environmental and psychological factors.”

Bipolar Disorder: “Scientists are studying the possible causes of bipolar disorder. Most scientists agree that there is no single cause.”

ADHD: “Scientists are not sure what causes ADHD.”

Despite the author’s obvious lack of information about what the nation’s top mental health experts have to say about the cause of any mental illness, the author further attempts to support her inaccurate statement by using the State of Connecticut’s mental health parity standard stating the “state law acknowledged many years ago when it instituted parity for mental health treatment that mental illness is biological in nature.”

As to the author’s assertion that NAMI is not funded by the pharmaceutical industry, there is ample evidence to the contrary. An October 2009 article in the New York Times titled “Drug Makers Are Advocacy Group’s Biggest Donors,” reports that “a majority of the donations made to the National Alliance on Mental Illness, one of the nation’s most influential disease advocacy groups, have come from drug makers…”

In fact, the New York Times obtained information from U.S. Senator Charles E. Grassley, which revealed that between 2006-2008 NAMI received $23 million from drug makers and the executive director of NAMI, Michael Fitzpatrick, said “for at least the years of 07, 08 and 09, the percentage of money from pharma has been higher than we have wanted it to be.”

Ablechild reiterates that there is no definitive scientific data to support that any mental disorder has a biological cause. False statements, like these made by the author, must be addressed because the public, especially those suffering from emotional and behavioral problems, deserve the truth in order to make informed decisions.

In the meantime, Ablechild wants to thank the Connecticut Mirror for allowing this important debate on mental health, and we urge the public to support federal legislation, H.R.4518  which actually protects parents and families from psychiatric abuses.