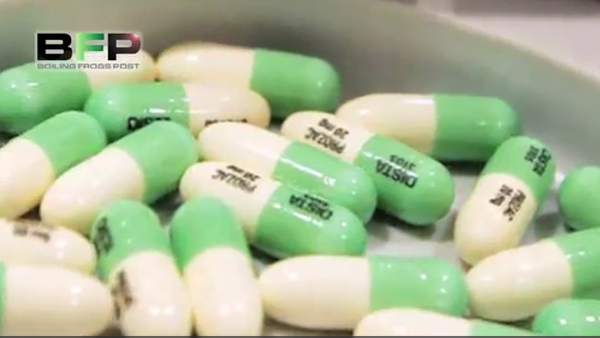 In May 1998, 15 year old Kip Kinkel murdered his parents and two classmates, as well as injuring 25 others, after engaging in a shooting spree that ended up in his school’s cafeteria. In the investigation it emerged that he had been taking popular antidepressant medication Prozac since the summer of the previous year.

In December 2000, Michael McDermott went on a shooting rampage at his workplace, Edgewater Technologies, killing seven of his co-workers. During his trial, the court heard testimony that in the weeks before the shooting, McDermott had tripled the dosage of his antidepressant medication, Prozac, from 70 milligrams per day to 210 milligrams.

In March 2005, 16 year old Jeff Weise shot and killed nine people, including five students at Red Lake Senior High School in Minnesota, before turning the gun on himself. It was later revealed he had been undergoing treatment for depression and had been on Prozac at the time.

In September 2008, Finnish post-secondary student Matti Saari shot and killed ten other students on campus before killing himself. The official Finnish government report on the incident revealed that he had been taking an SSRI medication at the time of the shooting.

SSRI stands for Selective Seratonin Reuptake Inhibitor, and it is a class of drugs that is often used to treat depression and anxiety. It includes Prozac, Zoloft, Celexa, Paxil and a host of other commonly prescribed antidepressants. And the perpetrators of a raft of school shootings, mass murders and other violent incidents in recent years have been taking them.

And so it was perhaps not surprising when the culprit of this month’s mass shooting at Fort Hood, Specialist Ivan Lopez, turned out to be taking unnamed antidepressants himself.

Although it has yet to be reported (and may in fact never be revealed) precisely what type of antidepressant Lopez was taking or whether it was an SSRI, the number of confirmed SSRI shooters in recent years has raised the question of a causal link between the medication and incidents of violence.

Although the drug manufacturers are quick to downplay this connection as anecdotal or coincidental mounting scientific evidence points to a strong correlation between the use of psychiatric drugs in general, and SSRIS in particular, and violent behavior.

In 2010, the Public Library of Science published a study titled “Prescription Drugs Associated with Reports of Violence Towards Others” which examined how 484 drugs were associated with 1,937 documented cases of violent behaviour. Of those 484 drugs, 31 of them were responsible for 79% of the violence, including 11 antidepressants. 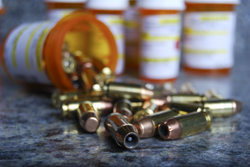 When incidents of school massacres in the US are charted against prescription of psychiatric medication, the correlation is undeniable. Further research is needed to establish if there is a causal linkage between these pharmaceuticals and the incidents of violence, but critics of the big pharmaceutical manufacturers complain such research is hampered by the low standards for reporting that these companies are held to.

One such critic, David Healy, author of over 150 peer-reviewed papers in the field of psychiatry and the author of numerous books, including Pharmageddon, joined me on The Corbett Report last week to discuss this issue.

Further complicating the issue is the fact that the general public is often, as in the case of the Fort Hood shooter, left in a state of limbo regarding the medical history of the perpetrators of these mass shooting events. Often stories are reported with vague and unconfirmed details about “antidepressants” or sometimes just medication. It can be difficult for the average person to sort through the daily reports of adverse and violent effects of these types of drugs.

One website that helps in that effort is SSRIStories.org. Begun in the 1990s, it is a repository of over 5000 news articles in which prescription drugs were linked to adverse events, including incidents of violence. Last week Julie Wood, one of the proprietors of the site, joined me to discuss the problem of sorting through the often incomplete information from these reports.

In the final equation, the question of the causal linkage between SSRIs and indeed other forms of psychiatric drugs and incidents of violence needs to be taken seriously. There are many factors at play here, from differences in individual reactions to the fact that people who are more likely to commit violent acts in the first place are often the people who are prescribed these drugs.

But the threat of violence has been taken seriously enough that the FDA in the US, the Ministry of Health in Japan and other similar bodies in countries around the world have added a warning in their guidelines for antidepressants. According to the Japanese Ministry of Health, “There are cases where we cannot rule out a causal relationship [of hostility, anxiety, and sudden acts of violence] with the medication.” And in the FDA formulation: “Antidepressant medicines may increase suicidal thoughts or actions in some children, teenagers, and young adults within the first few months of treatment.”

How can it be seen to be a good thing for anyone but the drug manufacturers themselves that these drugs have been on the market for decades and the bodies in charge of regulating them still can only offer such wishy-washy, non-evidence based statements? The issue of drug-linked violence is one that we as a society need to start discussing and acting on soon, otherwise we will continue to let the status quo be ruled not by doctors or patients or their loved ones, and certainly not by the victims of these mass murders, but by the men in the board rooms of these pharmaceutical companies who have been shown time and time again to care about nothing other than their own bottom line.