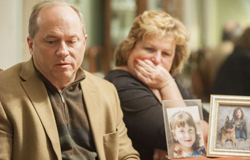 "Rep. Steve Stockman, R-Texas, who is considering introducing a bill, is joining with the nonprofit legal advocacy group Liberty Council the Citizens Commission on Human Rights and Republican state Rep. Marc Lombardo to call for the release of 15-year-old Justina Pelletier from Massachusetts state custody to the care of her parents."

A proposal in Congress that would block federal tax dollars from states with policies that “conflict with personal liberty” is one strategy in an effort to assist Massachusetts parents who lost custody of their teen daughter to the state because of a psychiatrist’s disputed opinion.

Rep. Steve Stockman, R-Texas, who is considering introducing a bill, is joining with the nonprofit legal advocacy group Liberty Council, the Citizens Commission on Human Rights and Republican state Rep. Marc Lombardo to call for the release of 15-year-old Justina Pelletier from Massachusetts state custody to the care of her parents.

They are also calling for further investigation into the influence of psychiatrists’ opinions that result in state removal of children from their families.

“I find certain state policies involving individual and personal medical decisions to be disconcerting,” Stockman said. “It is my firm belief that we should not provide federal dollars, through NIH grants, to states that maintain policies that conflict with personal liberty.”

Stockman said Thursday that taxpayer dollars also “should not be spent on research performed upon people without their consent.”

A Liberty Council investigation revealed that Boston Children’s Hospital psychologist Dr. Simona Bujoreanu diagnosed Justina Pelletier with a mental illness called Somatoform Disorder after only 25 minutes with the teen, without contacting other physicians.

Bujoreanu is researching Somatoform under a grant from the federal National Institutes of Health. Any ward of the state is subject to research being performed on them without their consent, even if the research is not primarily for the ward’s benefit.

Stockman’s legislative staff worked all day Thursday to meet Friday’s deadline to submit a written request for the proposed legislation to the House Appropriations Committee.

As WND reported, Judge Joseph Johnston in Boston ruled March 25 that custody of Pelletier will remain with the Massachusetts Department of Children and Families “until a future hearing” which, according to Liberty Council, will not occur before May 20.

A judge in Massachusetts sided with a state agency that just a day earlier was accused of contempt of court for not following a judicially approved plan for treatment for the 15-year-old.

A little more than a year ago, as Liberty Counsel recounted, Justina “was essentially kidnapped by Massachusetts DCF after her parents took her to Boston Children’s Hospital (BCH) to see Dr. Flores, a physician who had treated Justina before at Tufts Medical Center for gastrointestinal problems.”

Even though she had been diagnosed with mitochondrial disease, which causes muscle pain and weakness, doctors at Boston Children’s Hospital said she had a mental condition and removed custody from her parents.

Liberty Counsel is currently preparing an emergency appeal to the Massachusetts Supreme Judicial Court that will be filed in the next few days.

The group also is working with Stockman’s legislative staff to explore numerous other state remedies.

The strategies include medical malpractice actions and other tort claims that Liberty Counsel said “could hold those responsible for this atrocity accountable for their extreme conduct.”

“Once again, the court is kicking the can down the road. This is unacceptable,” said Mat Staver, chairman and founder of Liberty Counsel. “DCF has no right to hold Justina like a prisoner. We will pursue every legal means to end this tragedy.”

WND reported Liberty Counsel asked for the contempt citation against the DCF.

The request was based on the fact that on March 3 Johnston approved a written agreement transferring care for the teenager to Tufts Medical Center. The parents had been taking her to the hospital for treatment before the state agency intervened.

“Despite this enforceable order, DCF still has not made appointments with Tufts,” said Liberty Counsel in its explanation of the request to the court.

“The Pelletiers have spoken several times to Dr. Korson, who was treating Justina before this debacle began, and they obtained an appointment date. Dr. Korson said that he wants to see Justina and resume her treatment immediately.”

Before she was taken by Children’s, Liberty Counsel reported, Justina was involved in ice-skating competitions and was in a private school under an Individualized Education Plan for a learning disability.

“Now she is weak and in a wheelchair,” the organization said. “Without any education, she has fallen at least two years behind her classmates. DCF has allowed the parents only one hour per week to visit their daughter, but always with a DCF worker or workers present. DCF has prevented the parents from taking a cell phone in to photograph their daughter. Last month, DCF even filed a motion to hold Lou Pelletier in contempt of court for speaking to the national media.”

Staver said Liberty Counsel will file an appeal or a habeas corpus petition challenging the legality of the state’s custody.

“In all my years in practice, I have never seen a more barbaric overreach by a state agency,” he said. “The family has asked us to pursue every legal means necessary to get their daughter home.”

According to WTIC-TV in Hartford, Conn., Justina’s sister, Jennifer, has said Justina is in poor condition.

“Her physical appearance, just from seeing her, it’s scary. Her legs are more swollen. They’re cold to the touch. She has no feeling in her feet,” Jennifer told WTIC.

Justina, from West Hartford, has been at Wayside Youth and Family Support Network in Framingham, Mass., recently.

The Boston Globe reports the girl has spent most of the past year “in a locked psychiatric ward” at Children’s Hospital.
Read more at http://www.wnd.com/2014/04/state-snatched-girl-prompts-move-in-congress/#t4CjAemWqIwO3jUz.99