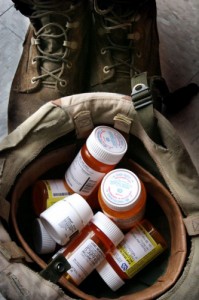 “Was he on any sort of medications….SSRI’s, anti-depressants, anything of that nature,” a reporter asked Milley, to which the General responded, “He was on medications that’s correct.”

In a subsequent report, officials also admitted that Lopez had been prescribed Ambien, a sleeping pill associated with accidents and aggressive outbursts.

34-year-old Lopez, who shot dead three colleagues and injured 16 others before turning the gun on himself, returned from Iraq suffering from “mental problems,” according to officials.

The obvious link between psychiatric drugs and violent outbursts is a common theme that crops up in almost every mass shooting incident, yet the media is routinely loathe to make the connection. 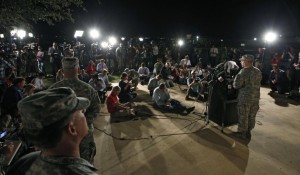 After it emerged that Washington Navy Yard shooter Aaron Alexis “had been treated…. by the Veterans Administration for his mental problems,” the press showed little interest in discovering what drugs Alexis had been taking. The only medication currently offered by the VA for mental problems are SSRI drugs.

Staff Sgt. Robert Bales was also taking anti-depressant drugs when he massacred 16 Afghan civilians in 2012. SSRI medication, which is known to cause violent outbursts, is routinely used to treat PTSD, which goes some way to explain why there are so many stories about both active duty and returning troops carrying out acts of inexplicable violence on a regular basis. 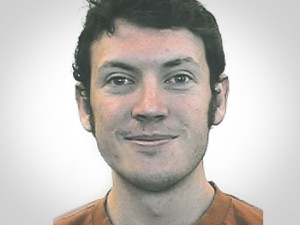 It took nine months to find out that James Holmes had been taking Zoloft, another SSRI drug linked with violent outbursts.

Despite it being reported that prescription drugs were found in the apartment of ‘Batman’ shooter James Holmes days after the Aurora massacre, it took nine months to find out exactly what those drugs were. Like Columbine killer Eric Harris, Holmes had been taking Zoloft, another SSRI drug linked with violent outbursts.

As the website SSRI Stories profusely documents, there are literally hundreds of examples of mass shootings, murders and other violent episodes that have been committed by individuals on psychiatric drugs over the past three decades. The number of cases is staggering, but the media has completely failed to generate a national conversation about the issue due to its obsession with exploiting mass shootings to demonize the second amendment.

Pharmaceutical giants who produce drugs like Zoloft, Prozac and Paxil spend around $2.4 billion dollars a year on direct-to-consumer television advertising every year. By running negative stories about prescription drugs, networks risk losing tens of millions of dollars in ad revenue, which is undoubtedly one of the primary reasons why the connection is habitually downplayed or ignored entirely.

To see psychiatry’s devastating influence on the military and our armed forces, watch CCHR’s documentary: The Hidden Enemy