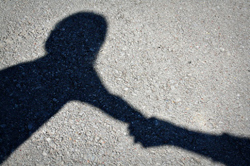 “CCHR is calling on the Michigan State Attorney General to investigate DFS’s actions as well as the treating psychiatrists and those that claimed a mother legally refusing to give a child a dangerous antipsychotic drug—the subject of hundreds of lawsuits because of its side effects—was medical neglect.”

If, as the saying goes, “a society is measured by how it treats its weakest members,” then the high profile cases of psychiatric strong-arming, drugging, and abduction of 11-year old, Ariana Godboldo and 15-year old Justina Pelletier, paints a frightening picture of how far this nation has fallen.

The Godboldo and Pelletier families are recent examples of the state-sponsored neglect, abuse and assault that America’s children are subjected to when power is delegated to the psychiatric community, whose medical and scientific expertise begins, and ends, at subjective diagnosis.

Both chilling, real-life scenarios call into question why, on a state and federal level, these obvious violations of basic civil and human rights have failed to attract legislative and judicial investigation and disciplinary—if not criminal—action.

As a signatory of the 1984 United Nations Convention Against Torture and Other Cruel, Inhuman or Degrading Treatment or Punishment, one naturally would assume the United States is committed to insuring basic human rights are protected, especially those of its children.

However, based on a 2013 United Nations special report on Torture and Other Cruel or Degrading Treatment or Punishment, there can be no mistake that the ill-treatment these families received at the hands of child protective agencies, and directed by psychiatrists, is a shocking commentary on the failure of governmental bodies to protect the weakest among us.

1.         “[M]edical treatments of an intrusive and irreversible nature, when lacking a therapeutic purpose may constitute torture or ill-treatment when enforced or administered without the free and informed consent of the person concerned.

2.         “Medical care that causes severe suffering for no justifiable reason can be considered cruel, inhuman or degrading treatment or punishment, and if there is State involvement and specific intent, it is torture.

3.         “Forced interventions, often wrongfully justified by theories of incapacity and therapeutic necessity [are] inconsistent with the Convention on the Rights of Persons with Disabilities.

4.         “[D]eprivation of liberty that is based on the grounds of a disability and that inflicts severe pain or suffering could fall under the scope of the Convention against Torture. In making such an assessment, factors such as fear and anxiety produced by indefinite detention, the infliction of forced medication or electroshock, the use of restraints and seclusion, the segregation from family and community, etc., should be taken into account.”

As the Godboldo and Pelletier cases are individually explored, it becomes painfully clear that each of the families were the victims of outrageous civil and human rights violations, at the hands of those entrusted to protect them. 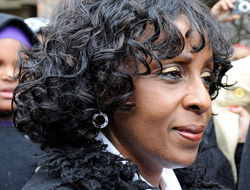 A Detroit mother, Maryanne Godboldo, never could have imagined the emotional and legal nightmare that would unfold as a consequence of her daughter’s simple request to attend public school.

Ariana Godboldo was born with a defective leg, which was amputated below the knee, and with the use of a prosthetic, Ariana enjoyed a normal, happy life. In 2009, Maryanne agreed to allow 11-year-old Ariana, who, until then, had been home schooled, to attend public school.

As required by law, Ariana was brought up to date on her immunizations and, almost immediately, began exhibiting severe behavioral changes. Concerned by the radical changes in Ariana’s behavior, Maryanne sought help from The Oakland Children’s Center. The Center’s psychiatrist, Daniel Zak, pooh-poohed Maryanne’s belief that the vaccines could be responsible and, instead, prescribed as “treatment” the dangerous, mind-altering antipsychotic Risperdal.

After taking the drug for several months, Ariana’s behavior continued to deteriorate. Armed with a consent form that allowed her to discontinue the drug, Maryanne, in consultation with a second doctor, began the long process of carefully weaning Ariana off the Risperdal.

On March 24, 2011, a social worker with Detroit Child Protective Services, without a legal order, called the police to remove Ariana from her home. The social worker had decided she was going to have Ariana drugged with Risperdal in an inpatient psychiatric facility. Detroit Police’s SWAT team broke into the home, forcibly removing Ariana. Despite CPS assurances to Maryanne that Ariana would be placed under the care of Maryanne’s sister, Ariana was immediately confined to a state-run juvenile psychiatric facility.

Maryanne was arrested and released on bond five days later. In the meantime, in direct opposition to Maryanne’s wishes that her daughter not be drugged, psychiatrist, George Mellos, at the Hawthorn Psychiatric Center, had begun administering to Ariana the antipsychotic Risperdal, and two other psychiatric drugs. Ariana’s prosthetic leg was removed, presumably to prevent her from escaping to her family.

Mellos, nor any doctor at Hawthorn, had Ariana’s medical records available for review and did not consult with her other health care providers. In fact, it took two days for the family just to locate Ariana. They didn’t have Maryanne’s consent, or in lieu of her, Ariana’s father or aunt, to administer any drug, least of all the powerful antipsychotic Risperdal.

While this tragic story received generous news coverage, many important facts failed to see the light of day, all of which point to incompetence, vindictiveness and a superiority complex among those within the state-run child protection services and its psychiatric masters.

For example, Detroit Family Services social worker, Mia Wenk, was assigned Ariana’s case, yet at the time of the siege of the Godboldo home, Wenk had never met Ariana. And, during the cross examination at the custody hearing, Wenk explained that “I told 911 I needed assistance to execute a warrant. I told them when they get the child out they will need to transport her in their back seat since they have a cage in the car. I never met her. I didn’t even know what she looked like.”

Wenk’s notes further reveal that when the order to admit Ariana to Hawthorn was authorized, it indicated “Not for Medication.” Yet, Wenk authorized the psychiatric hospitalization of Ariana and the administration of four dangerous psychotropic drugs, without reviewing the child’s medical records.

During her testimony, Wenk further admitted that she signed the paperwork to admit Ariana to Hawthorn, and to medicate her “if necessary” with Risperdal, Haldol, Abilify and Lithium. Wenk further authorized a list of 13 or 14 immunizations “if needed,” including one of those that Ariana’s mother believed caused Ariana’s severe adverse reaction in 2009, ultimately leading to the fraudulent psychiatric diagnosis that Ariana was “mentally ill.”

While there are numerous other examples of the abuse of power by Child Protective Services or Family Services, the above is ample proof that Ariana’s human rights were egregiously violated.  Not only did Maryanne refuse to consent to drugging Ariana, but she was willing to fend off an entire city’s SWAT team to ensure the protection of her young daughter. (See UN1)

Given Attorney Folmar’s description of Ariana as “drooling and despondent,” the medical “care” Ariana received at Hawthorn, at the direction of DFS, caused severe suffering with no justifiable reason. In fact, no medical tests were performed on Ariana to determine if she needed any “treatment.” And, in the case of psychiatric diagnosing, there are no tests available to determine any mental illness. (See UN2)

The forced drug intervention Ariana received at Hawthorn, without so much as even a medical history to review, and the pain and suffering she experienced as a result of her illegal commitment to the psychiatric facility and segregation from her family, is sufficient proof of the UN’s definition of torture. (See UN3&4)

The fact is Ariana was deliberately deprived of her rights, subjected to cruel, degrading treatment, beginning with the illegal order to remove (kidnap) her  from the home. The inhuman treatment was furthered by allowing an “assigned guardian” (DFS) to be a “substitute decision maker” to justify forced treatment and inflict severe pain by segregating her from her family. 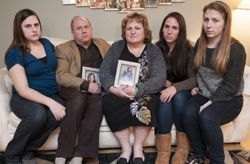 Although Maryanne and Ariana survived the assault, the nightmare of it lingers on. Slowly they will put their lives back together, but they will constantly be reminded with news of each new violation. There are many, including the Pelletier family, who has yet to make it through the Child Protective Services/psychiatric gauntlet. The civil and human rights violations are equally as tragic and egregious and those state-mandated to protect children are recklessly endangering the child because of psychiatric “advice.”

Citizens Commission on Human Rights (CCHR) is calling on the Michigan State Attorney General to investigate DFS’s actions as well as the treating psychiatrists and those that claimed a mother legally refusing to give a child a dangerous antipsychotic drug—the subject of hundreds of lawsuits because of its side effects—was medical neglect.

[Part II of this series will explore the details of Justina Pelletier, a 15-year old who has been held captive at Boston Children’s Hospital, Psychiatric Unit, for more than a year. The article also will explore the much needed remedies to hold responsible those who illegally violate the civil and human rights of these children.]