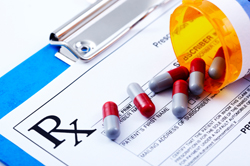 “As I’ve demonstrated in previous articles, none of the conditions (“mental disorders”) for which these destructive chemicals are prescribed are legitimate. That is, there are zero objective and defining tests for any mental disorder diagnosis.”

In court, the tide may be turning against psychiatric-drug damage.

A recent jury decision, in which Dr. Peter Breggin testified as an expert witness, highlighted the extreme danger of the drugs.

The civil case was filed on behalf of a boy diagnosed with autism, who was then dosed with antidepressants and anti-psychotic medications (Risperdal and Zyprexa).

In this civil suit, the Chicago jury came back with a judgment against the treating psychiatrist, Howard Segal.

Dr. Breggin was an expert witness in an even more surprising case (2012), in which a psychiatric-drug-induced suicide was acknowledged by a Syracuse, New York, jury.

The jury awarded $1.5 million to the family of Joseph Mazella.

Dr. Breggin, on his Huffington Post blog, offers this description:

“Mr. Mazella was a 51-year-old revered high school basketball coach, teacher and assistant principal; and his self-inflicted death was unexpected and shocking to those who knew him and to the Syracuse community.

“…I found that a glaring negligence had been committed in the case. Family physician William Beals, M.D., who had a reputation for treating psychiatric and addiction patients, had prescribed Paxil for Mr. Mazella for 10 years without seeing him. When Mr. Mazella began to feel anxious and depressed again, on Aug. 9, 2009 he and his wife telephoned the doctor, who was reportedly on vacation on Cape Cod. Despite having no contact with the patient for a decade, by telephone Dr. Beals doubled his Paxil from 20 mg to 40 mg and added the antipsychotic drug, Zyprexa (olanzapine). This began an escalating decline in his mental condition that ended a little more than one month later with his suicide.”

Both these cases were suits against doctors. They weren’t built to go up against the drug manufacturers.

However, in significant measure owing to Dr. Breggin’s work, millions and millions of people are waking up to the fact that the drug companies are engaged in a form of chemical assault against the global population.

The medical front men for these companies affect an arrogant pose of certainty about the drugs’ benefits.

But the charade is falling apart.

As I’ve demonstrated in previous articles, none of the conditions (“mental disorders”) for which these destructive chemicals are prescribed are legitimate. That is, there are zero objective and defining tests for any mental disorder diagnosis.

No saliva, blood, urine, or hair test. No brain scan. No genetic assay.

If there were such tests, they would listed as definitive in the bible of the psychiatric profession, the Diagnostic and Statistical Manual of Mental Disorders (DSM).

Psychiatrists have been uttering these homilies for 40 years.

They’re no more compelling than, “Buy one now and get the second one free. And that’s not all…”

Warning: sudden withdrawal from any psychiatric drug can create highly dangerous effects on a patient. See www.breggin.com for information about this subject.