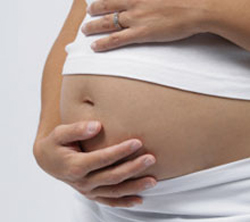 SSRI antidepressants are some of the most widely used drugs in the United States, including blockbuster brands such as Zoloft, Paxil, Prozac, Celexa, Lexapro and others.

Prior research has raised concerns about the link between antidepressants and PPHN. However, a new study released this week by the British Medical Journal (BMJ) suggests that the risk is increased the later in the pregnancy the prescription drugs are used.

PPHN is a rare birth defect that results in babies being unable to adapt to breathing outside of the womb. They frequently require intensive care and the use of a mechanical ventilator to help them breathe. Severe cases of PPHN can result in multiple organ damage, brain damage and death.

In this new study published on January 14, Canadian researchers looked at data from seven different studies and found that while early exposure to SSRIs was not associated with an increased risk of PPHN, exposure later in pregnancy did result in statistically significant increased risk. However, they said the overall risk was still low.

In December 2011, the FDA issued a drug safety communication warning about the link between SSRI pregnancy use and PPHN. However, the federal drug regulators said that there was conflicting data and said the association was unclear. That was a rollback of a 2006 warning by the FDA, which indicated that pregnancy exposure to SSRIs were associated with an increased risk of PPHN.

Several years ago, GlaxoSmithKline faced hundreds of lawsuits over Paxil birth defects linked to PPHN. Those cases have been mostly settled.

Now, Pfizer faces more than 400 Zoloft birth defect lawsuits from parents who say the company failed to warn them that taking the drug during pregnancy placed their unborn children at risk of PPHN and other birth defects.

Zoloft (sertraline) is one of the most widely prescribed medications in the United States, and has been used by tens of millions of individuals. However, use of Zoloft by pregnant women has been linked to a potential increased risk of serious and potentially life-threatening birth defects and malformation for children.

In June 2007, studies found an association between the use of antidepressants like Zoloft early in the pregnancy and a risk of abnormal skull development, gastrointestinal abnormality and brain defects.

In September 2009, another study published in the British Medical Journal found that SSRI antidepressants like Zoloft increase the risk of heart defects when taken during the first trimester, a time when many women do not even know they are pregnant.

While the first cases are being prepared for early trial dates this year, the number of lawsuits filed nationwide continues to mount. Zoloft lawyers are continuing to review cases for families as they learn that their child’s birth defects or malformations may have been caused by use of the antidepressant during pregnancy, and it is expected that there may ultimately be several thousand cases brought against Pfizer.