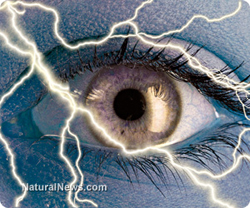 “Modifications of ECT including general anesthesia are not new or safer.... Modern ECT is even more destructive than it was in the past.” — Peter Breggin, psychiatrist

When I gave and supervised shock treatment or electroconvulsive therapy (ECT) during my psychiatric training, patients expressed these desperate words to me – “Please, no more shock treatments!” After two or three of the treatments, they would stop expressing anything, and their shock “therapy” would go on without complaint.

At www.ECTresources.org I have recently put together an entirely free website and package of scientific materials to arm people in resistance to ECT. It includes more than 100 published peer-reviewed articles with search words such as “brain damage,” “memory loss,” “women,” and “abuse.” There is also a brochure for patients and their families.

ECT involves the application of two electrodes to the head to pass sufficient electricity through the brain to cause a grand mal or generalized convulsion. The electric current in combination with the seizure always damages the brain because it always results in an immediate deep coma, often with a flat-lining of the patient’s brain waves similar to brain death, followed inevitable by signs of severe closed-head injury such as memory loss, disorientation, confusion, impaired judgment, loss of personality, and emotional instability. The symptoms worsen and become permanent with increasing numbers in routine treatment. Because one and usually both electrodes are positioned over the front lobes, ECT produces a closed-head electrical lobotomy.

Modifications of ECT including general anesthesia are not new or safer. They were already in place when I gave ECT at Harvard in 1963-1964. The modifications make it harder to cause a seizure so that modern ECT requires many times stronger doses of electrical energy than in the past. For example, in the early days ECT seizures could be caused by 0.1 seconds of current, but today they commonly require a full 6.0 seconds of exposure – 60 times longer. Modern ECT is even more destructive than it was in the past.

Large animal studies confirm that ECT in relatively small doses causes pinpoint hemorrhages and patches of cell death throughout the brain. Hartelius showed that ECT damage in cats could always be detected under a microscope. Sometimes the damage can be detected on human brain scans.

Research shows that ECT does not prevent suicide, but instead can cause it. Controlled clinical trials show that ECT has no benefit. Other studies show that it has an emotionally blunting impact during the acute phase of brain injury for the first 4 weeks after treatment, which is mistakenly identified as improvement. Once again, all of these studies can be found on www.ECTresources.org.

Family members should do everything they can to prevent helpless loved ones from submitting to shock treatment. When ECT has already been started, family or other concerned individuals or organizations should immediately intervene to stop it. There is no harm in stopping ECT at any time, and the sooner the better for the patient’s brain and mind.

Because ECT always renders the victim submissive and unable to protest effectively, all ECT quickly become an involuntary abuse. ECT should be abandoned by the medical profession and banned by state law.

Peter R. Breggin MD is a psychiatrist in private practice in Ithaca, New York. He is the director of the Center for the Study of Empathic therapy, and the author of dozens of scientific articles and more than twenty books, including Brain-Disabling Treatments in Psychiatry, Second Edition, which has a detailed chapter critical of ECT. He is also the author of http://breggin.com.