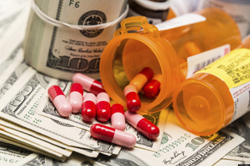 “For many, the direction of psychiatry has to be diverted from its current course before the very human condition itself is pathologized and medicated out of existence.”

Since 1952, the American Psychiatric Association has published the Diagnostic and Statistical Manual of Mental Disorders, or the DSM, as a guideline for the classification and diagnoses of mental health issues. The DSM, according to the APA itself, “is the standard classification of mental disorders used by mental health professionals in the United States and contains a listing of diagnostic criteria for every psychiatric disorder recognized by the U.S. healthcare system.”

Earlier this year, the APA published the DSM-5, the fifth major revision of the manual.

Commonly referred to as the psychiatric diagnostic “bible,” the guide has always generated controversy. How are disorders diagnosed? What criteria are used to establish disorders in the first place? Are the categories subjective? Do they reflect cultural biases?

These questions are not unique to the DSM. They have plagued psychiatry since its earliest days. But the DSM, as the base guideline for the use of clinical psychiatrists across America for the past half century, is the place where these philosophical issues are decided in concrete terms.

Some of the DSM’s most strident critics dispute the very name of the guide itself, pointing out that it is not statistical and that the term “diagnosis” is itself misleading.

This question of terminology is not mere quibbling over semantics. If the label of “medical diagnosis” is extended to the field of psychiatry, even in the absence of any objective or external criteria for producing that diagnosis, then the medical prognosis of prescription medicine seems justified, perhaps even inevitable. Again, far from an academic debate, the question of when and how to justify pharmaceutical treatment for mental health issues is one with real world implications. Implications that impact the bottom line of the trillion dollar pharmaceutical industry.

Criticisms of the DSM and questions of Big Pharma’s influence over the process of creating the manual are not happening at the fringes of medical debate, either. Perhaps surprisingly, one of the leading critics of the DSM-5 was the chair of the task force for the previous edition of the guide, the DSM-IV.

Even the chair of the DSM-5 task force himself is not above these accusations. Prior to chairing the task force, he worked as a consulant for Novartis, Pfizer, Eli Lilly, Johnson & Johnson and a host of other pharmaceutical related companies and organizations.

The APA has responded to criticism of task force member ties to Big Pharma by issuing disclosure statements listing each members’ ties to drug manufacturers and other commercial groups, and an agreement limiting their income from industry sources to $10,000 in any calendar year in which they worked on the DSM.

Despite these assurances, many point to the depth of these pharmaceutical industry ties as a fundamental cause for concern over the DSM process in particular, and the direction of psychiatry as a whole. One such critic is Dr. Bruce Levine, a practicing clincal psychologist and a vocal critic of the DSM and its methods.

In the end, what is at stake is not merely the utility of the DSM as a diagnostic guideline, but the credibility of the psychiatric profession as a whole. As critics like Dr. Frances and others have argued, in the relentless drive to expand the number and the scope of mental disorders (with the attendant increase in potential customers it brings for the drug manufacturers), more and more people are being driven from the ranks of the normal into the care of psychiatrists. This diverts attention from the extreme cases of individuals most in need of mental healthcare and makes impersonal interactions dictated by DSM guidelines and ending with knee-jerk drug prescriptions all the more likely. For many, the direction of psychiatry has to be diverted from its current course before the very human condition itself is pathologized and medicated out of existence.