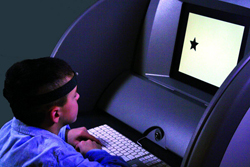 “The diagnosis of the alleged ADHD, based on a computer program, is the equivalent of getting a diagnosis from reading Tarot Cards. Regardless of the method, it all comes back to a subjective interpretation of one's behavior, not scientific fact.”

Wikipedia defines the phrase lipstick on a pig as “a rhetorical expression, used to convey the message that making superficial or cosmetic changes is a futile attempt to disguise the true nature of a product.”  Which brings us to yet another of psychiatry’s futile attempts at medical legitimacy…

Just when you thought psychiatric diagnosing couldn’t get any nuttier, the Grand Poobahs of we-determine-acceptable-behavior are resorting to relying on a computer test that reportedly “measures motion and analyzes shifts in attention state to give a clear picture of ADHD symptoms.”

Remarkably, in this latest attempt to find any objectivity in an ADHD diagnosis, psychiatrists actually reinforce the fact that there is no science to support the alleged mental disorder.

Here’s how the ADHD computer allegedly “works.” The Pearson, Llc., Quotient device is a computer, equipped with infrared motion-tracking equipment (head and leg straps) that reportedly measures the test-takers movements against a database of results of “real” ADHD patients. Numerous variations of star-shaped images intermittently flash on the screen, requiring the test subject to make the appropriate choice by hitting the space bar. The entire process lasts no longer than 20 minutes and too much recorded movement could justify an ADHD diagnosis. 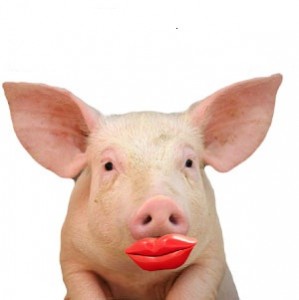 Interesting, but the problem with comparing the “real” vs. “fake” ADHD patient is that each of the diagnosed groups still are measured by the subjective criteria provided by the Diagnostic and Statistical Manual of Mental Disorders, (DSM). In short, it doesn’t matter what the results of the computer test reflect, there still is no objectivity in the diagnosis as the DSM’s ADHD criteria are lists of behaviors that require subjective interpretation.

Despite the fact that Pearson hawks the computer test as “objective,” the end result—the diagnosis—still is based on subjective criteria. But Pearson also states that “Attention-deficit/hyperactivity disorder is a common condition of the brain that makes it difficult to control behavior.” ADHD is a “common condition of the brain?” This sounds scientific, but there simply is no scientific data to support  that there is a “condition,” “disorder,”  “disease,” or any neurological/biological abnormality in the brain that is ADHD.

The lack of objectivity in an ADHD diagnosis is further reinforced in a surprising admission by Dr. Rachel G. Klein, professor of child and adolescent psychiatry at NYU’s Langone Medical Center, when commenting on the new ADHD lie detector computer said “we’re all for developing objective tests, but the fact is that the science isn’t there yet for us to make a diagnosis with a machine.” 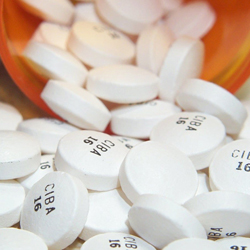 Not only isn’t the “science there yet,” it never has been there. Is it any wonder then, that based on a completely subjective interpretation of one’s behavior, especially a child’s behavior, that there has been an extraordinary increase in the diagnosis of the alleged ADHD and subsequent drugging with powerful psychiatric mind-altering drugs?

A recent study in JAMA Psychiatry reveals that rates of visits resulting in mental health diagnoses for children younger than 21 nearly doubled from 1995-2010. Today six-and-a-half million American children have been diagnosed with the alleged ADHD and nearly 5 million are taking ADHD drugs.

ADHD drugs or “treatments,” are Schedule II drugs categorized by the federal government as having the “highest abuse potential and dependence profile of all drugs that have medical utility.” Despite this, sales of ADHD drugs have surged to over $10 billion in 2012—almost double the earnings from 2008.

These data are shocking when one fully understands that there is no science to support any abnormality in the brain that is the alleged ADHD. Add to that the fact that the pharmaceutical companies admit that they have no idea how the drugs they produce actually work in the brain for the treatment of the alleged ADHD and it truly becomes the psychiatric theatre of the absurd.

Producing a computer test to identify the alleged ADHD is merely putting lipstick on a pig. The diagnosis of the alleged ADHD, based on a computer program, is the equivalent of getting a diagnosis from reading Tarot Cards. Regardless of the method, it all comes back to a subjective interpretation of one’s behavior, not scientific fact.