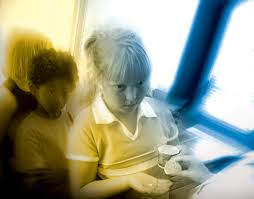 “Psychiatrists have attempted to redefine normal to mean something else, to their advantage. It’s psychobabble, it’s dishonest, and it’s junk science.”

The ADHD label has become too common. While blinding us with science, or, in the case of psychiatry, pseudo-science, the diagnostic criteria for ADHD could describe any child’s behavior in school.

That behavior has been redefined by clever manipulation, and corruption of what we know to be normal.

One of the items, describing inattention, used to diagnose ADHD, is: “often avoids, dislikes, or is reluctant to engage in tasks that require sustained mental effort, such as schoolwork or homework.” This is descriptive of a normal child, in a normal school or a normal home, on a normal day, in a normal world, but psychiatrists would have us think otherwise.

Other criteria psychiatrists throw into the inattentive melting pot, and reclassify as being consistent with ADHD, include: “is often forgetful in daily activities”; “often fails to give close attention to details or makes careless mistakes in schoolwork, work, or other activities”; “often has difficulty sustaining attention in tasks or play activities”; or “often does not follow through on instructions and fails to finish schoolwork, chores or duties in the workplace.”

Again, these are normal characteristics. Then, there is another clever manipulation to redefine an active child. Children can easily be defined by these descriptions, since they reflect normal childhood behavior: “often fidgets with hands or feet or squirms in seat”; “often runs about or climbs excessively in situations in which it is inappropriate”; “often talks excessively”; and “is often on the go.”

To add insult to injury, psychiatrists and pharmaceutical companies promote expensive drugs that have turned the classroom into a psychiatric laboratory. Drugging children, chemically restraining them, and telling them they have a chemical imbalance is not normal, but, again, psychiatrists would have you think otherwise.

Think for yourself and be fully informed. The hyper-drugging of active children is profit-driven. It’s a commercial enterprise, generating dividends for drug company shareholders at the expense of young minds.

Psychiatrists have attempted to redefine normal to mean something else, to their advantage. It’s psychobabble, it’s dishonest, and it’s junk science.