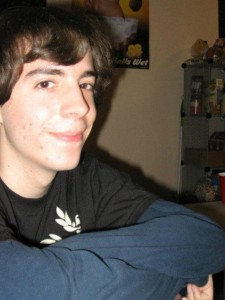 "Since Lanza is deceased, there is no physician/patient privilege and, at a minimum, they should identify the psychiatrist and what the psychiatrist communicated to them about the course of treatment Lanza received" Jonathan Emord, Constitutional Attorney

Connecticut State’s Attorney, Stephen J. Sedensky III, has released the long-awaited report on the shootings at Sandy Hook Elementary School. Unfortunately, the report is woefully inadequate by virtue of Sedensky’s failure to ask the appropriate question—did Adam Lanza have a history of psychiatric drug use?

Although it is abundantly clear from the outset that Sedensky believes that shooter, Adam Lanza, “had significant mental health issues…,” the State’s Attorney hides behind constraints of non-existent “privacy law limits” for his stated inability to provide the public with information about Lanza’s psychiatric drug use—a possible motive for his homicidal behavior, considering psychiatric drugs are well documented to cause violence, mania, psychosis, aggression and homicidal ideation.

According to the report, “efforts were made within the limits of privacy laws to gather information on medical consultations and/or treatments the shooter was involved with over the course of his years in Newtown.” But Jonathan Emord, the attorney representing the non-profit organization, AbleChild, in its efforts to have Lanza’s autopsy, toxicology, and prescription drug records publicly disclosed, doesn’t buy the excuse.

“Since Lanza is deceased,” explains Emord, “there is no physician/patient privilege and, at a minimum, they should identify the psychiatrist and what the psychiatrist communicated to them about the course of treatment Lanza received.” (See more about HIPAA here.)

Actually, the State of Connecticut long has stone-walled all attempts to make public Lanza’s psychiatric/medication history and had no problem revealing its reasons. In September, the Connecticut Assistant Attorney General, Patrick B. Kwanashie, was questioned during the AbleChild Freedom of Information hearing regarding the request to release Lanza’s toxicology report. Kwanashie explained that the release of the report “would cause a lot of people to stop taking their medications.”  What medications? If Lanza wasn’t taking medications, why would this be a concern to the Attorney General’s office?

“This report is a politically correct rendition that is safe for the administration,” explains Emord, “but it does not give the public a complete explanation. This is not surprising given their behavior throughout the litigation with AbleChild. They essentially took the same position that is the conclusory statement in this report—at the time of the event there is no evidence that Lanza was under any medication—and that doesn’t answer the ultimate question.”

In fact, Lanza’s apparent life-long mental health status is repeatedly referred to throughout the report, as Sedensky writes, “as an adult he did not recognize or help himself deal with those issues.” As an adult? What about ever? Did Lanza take medication at any time in his life?

The report explains that, “investigators found no evidence to suggest the shooter had taken any medication that would affect his behavior or by any means to explain his actions on December 14, 2012.”

“No evidence to suggest the shooter had taken any medication that would affect his behavior…?” This statement does not answer the question. Was, or wasn’t, Lanza on any medication? And, who decided what medication would, or would not, affect Lanza’s behavior? The psychiatrist who prescribed it?

Further into the report, Sedensky explains, “reportedly the shooter did not drink alcohol, take drugs, prescription or otherwise, and hated the thought of doing any of those things.” Emord doesn’t see this as a definitive statement on whether or not Lanza took drugs. “The fact that the State’s Attorney says he (Lanza) expressed a refusal to take the drugs,” explains Emord, “indicates at least the possibility of prior experience of taking drugs.” 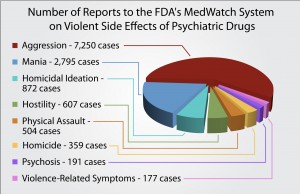 Beyond that, Sedensky does not provide the source for this statement, which is contradictory on a number of levels. First, a CBS “60 Minutes” report interviewing friends of Nancy Lanza, Mark and Louise Tambascio, said Lanza was being medicated for Asperger’s, stating, “I know [Adam Lanza] was on medication and everything…” Additionally, the Washington Post reported that an unnamed former neighbor of the Lanza’s recalled Adam as “a really rambunctious kid” who “was on medication.”

Although Lanza had mental health issues early in life, it wasn’t until 2005, when Lanza began middle-school, that he was diagnosed with Asperger’s Disorder. In 2006, “Tutoring, desensitization and medication” were recommended for Lanza but, according to Sedensky, “the shooter refused to take suggested medication….”

Again, Sedensky does not provide the source of this information, and it also is contradictory to statements made by friends and neighbors of Nancy Lanza. Furthermore, what was the recommended medication? Did Lanza have an adverse reaction and then refuse to take the medication?

It is also at this time that Sedensky acknowledges “the shooter’s mother noted that there were marked changes to the shooter’s behavior….”  “Marked changes” after Lanza was diagnosed and recommended to take medication that he “reportedly” didn’t take? 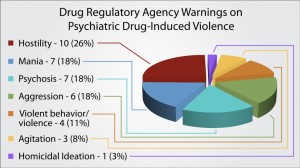 This is important information that the State’s Attorney should have, and could have, provided. For the sake of argument, let’s assume Lanza had been prescribed the antipsychotic drug, Fanapt, to treat his Asperger’s.  Frequent side effects of this drug include restlessness, aggression and delusions. Other known side effects include hostility, paranoia, confused state, mania, panic attacks, impulse-control disorder and delirium. Is Sedensky even aware of these adverse reactions?

Lanza’s mental health/medication history is key to establishing some reasonable explanation for this tragic event.  That the State of Connecticut has gone to extraordinary lengths to quash any and all legal efforts to have Lanza’s toxicology, psychiatric and medication records, only adds validity to the importance of this information.

Of course, it’s anyone’s guess why the State failed to ask the appropriate questions. Perhaps there is more at stake than simply getting to the truth. Emord, intimately familiar with the State’s on-going refusal to release Lanza’s complete mental health/medication record understands the implications.

“I think,” says Emord, “there is a complicated set of inputs into the creation of this report. Undoubtedly, the Medical Examiner contributed and expressed interest in the report being designed one way, as did law enforcement. All the things that are put into the report have political complications, ramifications for public policy, adoption of laws, the entire gun control debate nation-wide, and they are writing it aware of the potential for political fallout.”

Whatever the reason, failing to address the obvious question is a disservice to the families of the victims and the people of Newtown.