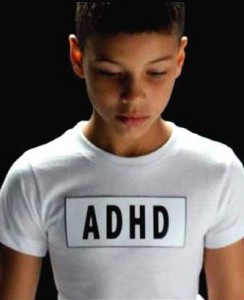 If an idea goes unchallenged, it eventually becomes accepted as fact, even if there’s no evidence to support the idea being pushed.

That’s why the Citizens Commission on Human Rights (CCHR) in the UK continues to challenge the unscientific profit-driven label known as ‘Attention Deficit Hyperactivity Disorder’ (ADHD). The volume of data produced to try and convince us it is a real condition is quite astounding. Occasionally, however, there are reports that come out that have the potential to rock the psychiatric boat. Research was recently published that pointed to a broader definition being used to diagnose so-called ADHD.

Those with experience in running a business will immediately recognize this as a way of expanding the market for whatever product is being sold, which in this case is psychiatric drugs. The researchers, however, said the broader definition may be leading to needless and potentially harmful treatments for some children. This is an important statement, indicating recognition of the dangers associated with the chemical restraints being foisted on young minds. However, realise this: for decades, psychiatrists have been busily reclassifying sets of behavior and emotions as ‘mental illnesses’. Strip away all of the psychiatric jargon, and you won’t find a scrap of scientific evidence to support the psychobabble. The drugging regime is entirely needless.

The justification for the use of drugs revolves around the idea of a ‘chemical imbalance’ of the brain, but it’s an idea that is a figment of psychiatric imagination. The message to psychiatrists using labels like ‘ADHD’ is loud and clear: childhood is not a mental disorder. Further, children are not experimental animals. They are human beings who have every youthful right to expect protection, care, love and the chance to reach their full potential in life. They will only be denied this as a result of the verbal and chemical straitjackets that are psychiatry’s labels and drugs.