Johnson & Johnson agreed to pay more than $2.2 billion in fines to settle accusations that it improperly promoted the antipsychotic drug to older adults, children and people with developmental disabilities. It is the third-largest pharmaceutical settlement ever in the U.S. and the largest in a string of cases involving the marketing of antipsychotic and anti-seizure drugs to older dementia patients. It also reflects a decade-long effort by U.S. authorities to hold pharmaceutical companies accountable for illegally marketing drugs to control patients with dementia in nursing homes and children with certain behavioral disabilities, despite the health risks of the medicines. The New York Times

There have been 14 drug regulatory agency warnings from six countries (United States, Ireland, United Kingdom, Canada, Australia and South Africa). These include the following (note that some warnings cite more than one side effect, so the list below may not be equal to the total number of warnings): 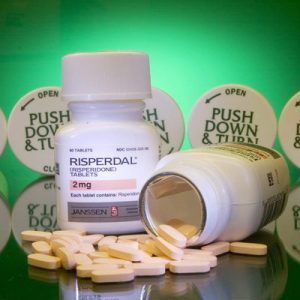