“The drug [Zoloft] is defective; dangerous to human health; unfit and unsuitable to be marketed and sold; and lacks the proper warnings as to the dangers associated with its use, according to the suits.”

Six more lawsuits have been filed against Pfizer Inc. after the plaintiffs claim their infants suffered birth defects as a result of Zoloft.

Roerig, a division of Pfizer; and Greenstone LLC, which is formerly known as Greenstone Ltd., were also named as defendants in the suits.

The plaintiffs were prescribed and/or exposed to Zoloft in utero, according to six complaints filed Oct. 28 in Wayne Circuit Court.

The mother plaintiffs claim they took Zoloft as prescribed by treating physicians while pregnant and their infants were born suffering from congenital defects, such as atrial septal defect; multiple holes in the heart and/or began to suffer from persistent pulmonary hypertension of the newborn; neural tube defects; craniofacial defects; and other adverse malformations.

The defects and injuries suffered were a direct result of the mothers’ ingestion of Zoloft during pregnancy in a manner and dosage recommended by the defendants and prescribed by the plaintiffs’ doctors, according to the suits.

Prior to becoming pregnant, the defendants knew or should have known that children were being born with congenital birth defects, heart defects, persistent pulmonary hypertension of the newborn and other related conditions to women who took Zoloft during pregnancy, according to the suits.

The mothers claim as a result of the defendants’ actions and inactions, the plaintiffs suffered and will continue to suffer injuries, damages and losses. 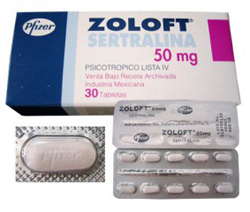 The drug is defective; dangerous to human health; unfit and unsuitable to be marketed and sold; and lacks the proper warnings as to the dangers associated with its use, according to the suits.

The plaintiffs are seeking compensatory and punitive damages with pre- and post-judgment interest. They are being represented by Bert Ketchum of Greene Ketchum; and Jason A. Itkin, Kurt B. Arnold and Caj D. Boatright of Arnold & Itkin LLP in Houston.

The cases have been assigned to Circuit Judge James H. Young Jr.

In 2012, 19 lawsuits were filed against Pfizer, Roerig and Greenstone in Wayne Circuit Court. Eighteen of the suits were removed to federal court on Aug. 13, 2012.

On Sept. 25, 2012, District Judge Robert C. Chambers granted the plaintiffs’ motion to remand the lawsuits back to Wayne Circuit Court.

The defendants appealed to the U.S. Court of Appeals for the Fourth Circuit, and the federal appeals court sent the cases back to Wayne Circuit Court in July.