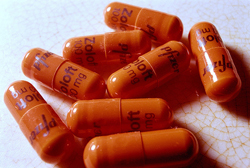 “The defendant caused thousands of false and deceptive claims to be made to the state by manipulating published efficacy data, paying key opinion leaders to bolster Zoloft's efficacy, and deceptively concealing Zoloft's inefficacy to physicians, customers, and the state,” the lawsuit states.

Pfizer defrauded the public about its blockbuster antidepressant Zoloft by writing its own articles about it for medical journals and paying medical researchers to put their names on them, in a brazen campaign of “fraudulent and wanton marketing, selling and labeling,” Louisiana’s attorney general claims in court.

In its lawsuit in East Baton Rouge Parish Court, the state claims Pfizer engaged in “false, misleading, unfair, and deceptive acts in the marketing, promotion, and sale” of Zoloft, affecting the elderly, disabled and “most needy” Louisiana citizens covered by the state’s Medicaid program.

“The defendant caused thousands of false and deceptive claims to be made to the state by manipulating published efficacy data, paying key opinion leaders to bolster Zoloft’s efficacy, and deceptively concealing Zoloft’s inefficacy to physicians, customers, and the state,” the lawsuit states.

Louisiana Medicaid in 2012 spent $974 million on prescription drug reimbursements, the cost of which have “increased exponentially” over the years, the state says in the lawsuit.

“This increase in prescription drug costs in recent years has contributed to a health care funding crisis within the state,” the state claims.

Zoloft, or sertraline, is a selective serotonin rebuke inhibitor (SSRI). SSRIs delay the body’s readsorption of serotonin, which is released when synapses fire, then readsorbed. Because SSRIs cause serotonin to remain longer in the bloodstream, the theory goes, it can relieve low serotonin levels which some researchers believe cause or are linked to depression.

Louisiana claims that “even though no actual evidence has been found to prove this theory, Pfizer uses this theory to promote the sale of Zoloft.”

Long before Zoloft was approved by the FDA, Pfizer knew it had “serious issues with efficacy” because in early Zoloft trials, the placebo group actually had better results, the state claims.

“These early trials showed that ‘placebo still seems to be the most effective group’ and that “there is still no striking evidence of beneficial drug effect with placebo often being the superior treatment,'” the complaint states. “Nonetheless Pfizer chose to go forward in attempting FDA approval.”

The attorney general claims that to do this, Pfizer published only information that pertained to Zoloft efficacy, and suppressed conflicting studies.

Pfizer then engaged in a “ghostwriting program to misleadingly enhance Zoloft’s credibility,” the lawsuit states.

“Ghostwriting is a process where someone with a vested interest in an article, like Pfizer, that does not want their association with the article to be known, provides a written draft to an author who then publishes the article under that author’s name,” the complaint states. “The published article contains no express or implied association with the interested person – Pfizer’s involvement in drafting the article is unknown to the public. Not surprisingly, ghostwritten articles tout the benefits and efficacy of the drug in question.” 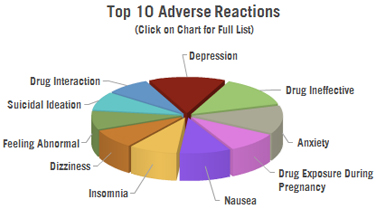 In fact, the state claims, Pfizer realized it could ensure Zoloft’s success through “manufacturing ‘research’ and articles that enhance Zoloft’s safety and credibility.”

Pfizer, or a company hired by Pfizer, would write a study specifically designed to showcase Zoloft’s effectiveness, and Pfizer would then pay prominent members of the medical field to put their name on the articles, and to “ultimately conceal all Pfizer involvement,” the complaint states.

“Publication of clinical findings is the ultimate basis for treatment decisions; thus Pfizer’s misleading publications regarding Zoloft efficacy are a key component of its fraudulent scheme,” the attorney general says.

“An internal Pfizer document demonstrates its ghostwriting and selective publication scheme in full effect,” the complaint states. “First, the document clearly reveals the intent to manipulate inefficacy results in a published manuscript:

‘… but now we need some help in dealing with the most important issue … i.e. the huge placebo response in the continuation phase which wiped out the significant superiority of Zoloft at six weeks.’

“The email goes on to list a number of ways to deal with the placebo response, including ‘using less stringent criteria for relapse’ and the suggestion that ‘Table III certainly must be deleted.’ Lastly, the email requests ‘the lost of French investigators identifying the proposed authors. (Emphasis added.)

“Pfizer’s ghostwriting operation and its selective publication of data, prevented healthcare providers, consumers, and ultimately the State of Louisiana from obtaining accurate information regarding the efficacy of Zoloft. Pfizer’s scheme directly influenced the prescribing practices of healthcare providers through its misleading and inaccurate information bolstering Zoloft’s efficacy.”

Louisiana claims that despite numerous studies that show that Zoloft is “no more effective than a sugar pill at treating depression,” Pfizer’s ad campaign included a large sales force that visited healthcare professionals on a routine basis, took them out to luxurious diners and events during which salespeople promoted Zoloft.

“Pfizer further capitalized on the unproven theory that depression is linked to a decrease in levels of serotonin,” the complaint states.

Pfizer’s misstatements about Zoloft’s effectiveness led Louisiana to believe it was an effective drug, and to pay for it through Medicaid reimbursements, the complaint states.

The Louisiana claims it has been damaged by paying substantial amounts in reimbursements for Zoloft, a form of Medicaid fraud.

“By knowingly and willfully providing and/ or publishing false efficacy information for its drug, knowing that the state, through its Medicaid program, purchases and/or reimburses for prescriptions written by physicians relying on efficacy results,” Pfizer presented a false claim for Medicaid benefits, the state claims. Read the rest of the article here: http://www.courthousenews.com/2013/10/29/62433.htm