"As our nation has come to rely more heavily on pharmaceutical drugs to manage chronic pain and psychological health, the U.S. military has followed suit, doling out drugs on the battlefield and now back on the home front in a vast network of veterans (VA) hospitals and clinics."

Overmedication is an epidemic in our armed forces—and claims lives far from the battlefield.

The pattern is relentless: young veteran, barely 30, over-medicated, and not only uncertain but grim about his future. He may still be married, but is likely divorced, possibly estranged from his children. His family frets over his physical and mental health, while taking careful note of his ups and his downs.

Then one day, he dies. The veteran may have taken his own life deliberately. In an increasing number of cases, however, he may have simply gone to sleep and never woken up following a fatal reaction to one of the drugs or cocktails of pills he was prescribed by military doctors.

As our nation has come to rely more heavily on pharmaceutical drugs to manage chronic pain and psychological health, the U.S. military has followed suit, doling out drugs on the battlefield and now back on the home front in a vast network of veterans (VA) hospitals and clinics. But as the rates of sudden death and suicide have spiked over the past decade, it’s become clearer to mental health and military advocates that this heavy reliance on prescription drugs may be partly to blame. 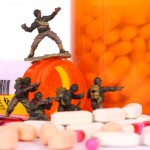 “You get a cocktail, and it’s usually a sleeping pill, anti-anxiety medication, an anti-depressant, and an anti-psychotic—and sometimes even a stimulant like Ritalin or Adderall,” noted Lt. Col. Charles Ruby, who retired from the Air Force and is now working as a clinical psychologist and advocate for veterans. “You have no idea what can happen,” tells TAC.

“Prescription drugs have become the catchall—‘take this and if it makes you feel better, we’ll increase the dosage’,” according to (Ret.) Brigadier Gen. Becky Halstead, a public proponent of alternative medicine following her own two-year stint on medications for chronic fibromyalgia.

We use prescription drugs because it is a quick fix. It started because our military was strained and it was just keeping more people propped up to do their jobs. But the long-term danger is we made people too dependent on it. It’s alarming to me.

Nationally, prescription drug overdoses have risen significantly. According to the National Center for Health Statistics, for example, the number of Americans who died from painkillers rose to 14,800 in 2008 from 4,000 in 1999—the vast majority being unintentional.

In 2008, Lt. Gen. Eric B. Schoomaker, then the Army’s Surgeon General, raised eyebrows when he mentioned that there had been “a series, a sequence of deaths” in the new warrior transition units (WTU) military-wide. The units are supposed to help wounded and sick soldiers transition back into uniform or out of the military, but they’ve been beset with drug problems and low morale for years. 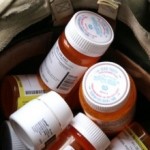 “Half of the warriors are ‘stoned’ on psychotropic drugs,” said one report about the WTU at Fort Drum, NY, in 2012. Another Army report in 2011 said 25 to 35 percent of the soldiers in these units nationwide were “addicted to drugs.” Reporters obtained an internal study in 2010 that revealed 32 soldiers and Marines in the WTUs had died from accidental overdoses since 2007.

Meanwhile, the drug Seroquel has been implicated in the deaths of several veterans whose families say were using the drug when they died in their sleep. Seroquel is the brand name for Quetiapine, and although it is supposed to be prescribed for schizophrenia and bi-polar disorder, military and VA doctors have used it for years to treat stress-induced insomnia.

According to at 2010 report by the Military Times, orders for antipsychotic medications like Seroquel and Risperdal (another anti-psychotic) jumped 200 percent between 2001 and 2009, the war’s peak.  In fact, before the company was  successfully sued (for paying kickbacks to doctors in a scheme to promote Seroquel for uses not approved by the FDA, otherwise known as “off label”), drug-maker AstraZeneca sold $340 million worth of it to the Armed Forces. Some 54,581 prescriptions for Seroquel were written for active duty servicemembers in 2011 alone—the vast majority as a sleep aid.

While off-label prescriptions are legal and common, critics like Harvard University research psychologist Dr. Paula Caplan, say the unknowns outweigh the benefits. When some veterans could be taking upwards of 20 to 40 different pills a day, half of them psychotropic, the results can be unpredictable. “You don’t know what effect the drug may have on them.”

At high dosages and in concert with other drugs, Seroquel, for example, has been found to cause an irregular heartbeat and a higher risk of heart attack. 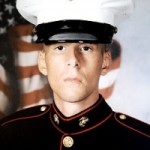 “I have never been one to say I’m opposed to medication—I’m just opposed to these medications, which have a side effect of causing cardiac arrest,” said Stan White, whose son, Marine Cpl. Andrew White, 23, died from a heart attack in his sleep in 2008. He blames Seroquel for his son’s unexpected death. The young White was on a variety of medications for post-traumatic stress disorder (PTSD), mainly aclonazepam (anti-anxiety) and a paroxetine (anti-depressant), along with Seroquel (for his nightmares he was given 1,600 milligrams a day, double the maximum dosage given for schizophrenia, his father said).

Seroquel was taken off the Pentagon’s regular formulary in 2012, but it can still be prescribed with a waiver.

Dr. Caplan, who recently published When Johnny and Jane Come Marching Home: How All of Us Can Help Veterans, is a stern critic of medication dependency. She tells TAC that pharmaceutical companies are in many ways working against raised awareness of their drugs’ risks:

[It’s been] shown through lawsuits that [drug companies] minimize and even conceal various kinds of harm from their drugs, including that they increase or can increase the risk of suicide or homicide.

DoD drug spending has ballooned from $3 billion in 2002 to $6.8 billion in 2011. Critics charge that this partly reflects a shift to the “quick fix” of drugs for treating mental health conditions and chronic pain, a mindset they say is crippling full recovery.

read the rest of the article here