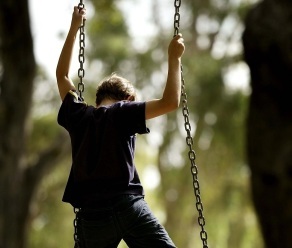 photo: Nic Ellis/The West Australian.
In the United States- 351,000 children are being prescribed Stattera, 7,900 of them aged 0-5 years old.

The Therapeutic Goods Administration [Australia’s drug regulatory agency] said in a medicines safety update this week that it had received 28 reports of suicidal thoughts in children and teenagers, some as young as seven, after taking Strattera.

Known generically as atomoxetine, Strattera was approved in Australia in 2004 and added to the Pharmaceutical Benefits Scheme three years later.

It is a non-stimulant drug, unlike other attention deficit hyperactivity disorder medications.

Commonwealth Health Department figures show about 6000 Australian children were on Strattera in 2011, including more than 400 in WA.

“Serious adverse events reported to the TGA, including one case involving the death of a child, reinforce the importance of health professionals adequately informing parents of the risks of suicidal ideation and behaviour in children and adolescents on Strattera,” the TGA said.

“Patients should be carefully monitored for suicidality, especially in the first few months of treatment and whenever there is a change in dose.”

The TGA said parents and caregivers should be warned of the risks and told to look for signs of changes in a child’s behaviour. Read the rest of the article here
—-
In the United States- 351,000 children are being prescribed Stattera,  7,900 of them aged 0-5 years old.