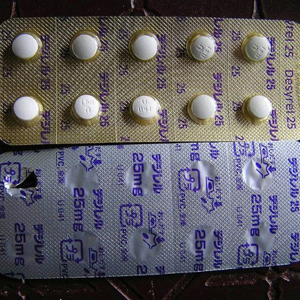 "Despite the Washington Post’s attempts to portray the drug as being safe, it is linked with a whole host of side-effects including suicidal tendencies, panic attacks, depersonalization and anger. Symptoms of Trazodone withdrawal include aggression and violent behavior."

It has been confirmed that Navy Yard gunman Aaron Alexis was on the anti-depressant drug Trazodone, providing yet another example of a connection between psychiatric drugs and mass shootings.

In verifying that Alexis was prescribed Trazodone by the Veterans Affairs Office, the Washington Post published a brief article downplaying the danger of the drug, quoting Miami physician Gabriela Cora who stated (almost too eagerly), “Honestly, it’s a very safe drug to use.”

However, the drug has been linked to a number of murders, including one mass shooting.

Trazodone is sold under the brand names Desyrel, Oleptro, Beneficat, Deprax, Desirel, Molipaxin, Thombran, Trazorel, Trialodine, Trittico, and Mesyrel. Although not strictly a member of the SSRI class of antidepressants, it shares many of the same properties and also serves to increase the amount of serotonin in the brain.

Despite the Washington Post’s attempts to portray the drug as being safe, it is linked with a whole host of side-effects including suicidal tendencies, panic attacks, depersonalization and anger. Symptoms of Trazodone withdrawal include aggression and violent behavior.

The drug also carries an, “FDA black box warning for suicide, and is documented to cause mania and violent behavior,” writes Kelly Patricia O’Meara.

Several murder cases over the past few years have been directly connected to Trazodone.

– Eight people were killed and one wounded during a mass shooting at a beauty parlor in Seal Beach, California in 2011. The killer, Scott Evan Dekraai, was on Desyrel, a commercial variant of Trazodone.

– In 2009, Perley Goodrich Jr. beat his mother and then shot his father dead shortly after being injected with Trazodone in a psychiatric hospital. Goodrich had complained that he didn’t want to take the medication because it made him feel violent.

– In 2009, Steven Foster shot a gas station attendant in the head before shooting him a second time. Bottles of Trazodone pills were later found in Foster’s room.

– Indiana soldier Pfc. David Lawrence was taking Trazodone in combination with Zoloft when he killed a Taliban commander in a prison cell in 2010. Lawrence was charged with premeditated murder. According to the FDA, taking these drugs in combination can cause “altered consciousness, confusion, hallucinations and coma.”

This is interesting given that Aaron Alexis had also suffered from PTSD, blackouts and anger issues years before he began receiving treatment from the VA. Was he on more than just one anti-depressant drug at the time of the rampage?

As we highlighted yesterday, the establishment media has been loathe to make the connection between Alexis’ rampage and anti-depressants, despite hundreds of other cases of suicides, murders and mass shootings linked to psychiatric drugs.

Presumably keen to protect around $2.4 billion in advertising revenue that comes from pharmaceutical companies every year, the media failed to even address the question of psychiatric drugs and instead blamed the rampage on the AR-15 assault rifle, which authorities confirm Alexis did not even use.