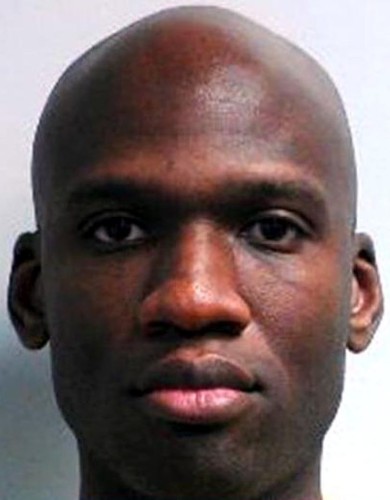 “As CCHR documents, psychiatric drugs have been involved in at least 31 different school shootings and other massacres over the last 25 years.”

Several indications suggest that Navy Yard killer Aaron Alexis may have been taking psychiatric drugs, bringing into focus once again the clear connection between anti-depressants and mass shootings.

With the motive behind yesterday’s tragic rampage still unknown, speculation has centered around Alexis’ personal life.

The Associated Press reports that Alexis, “had been treated since August by the Veterans Administration for his mental problems,” which included paranoia, sleep disorder and hearing voices in his head.

According to his father, Alexis suffered from post-traumatic stress disorder as a result of his harrowing experiences during his involvement in rescue operations on 9/11.

SSRI (selective serotonin reuptake inhibitor) drugs are the most common form of treatment for PTSD, with Paroxetine being one of the most prescribed medications for this purpose. Paroxetine was also listed as the number 3 top violence-causing drug by the Institute for Safe Medication Practices (ISMP).

The study, which is based on FDA figures, reveals that antidepressants Pristiq (desvenlafaxine), Paxil (paroxetine) and Prozac (fluoxetine), all appear in the list of the top ten violence-causing drugs.

We also know that Alexis “blacked out” during a violent confrontation in 2004 when he shot out the tires of vehicles belonging to construction workers parked next to his home. Black outs are also a common side effect of SSRI drugs.

These circumstances indicate that Alexis was almost certainly taking SSRI drugs at some point over the last decade, although whether he was on them during yesterday’s deadly shooting remains to be seen.

Anti-depressant drugs, or SSRI’s, have been linked with numerous mass shootings in recent history.

Earlier this year it emerged that Aurora shooter James Holmes was taking “sertraline, a generic version of Zoloft used to treat depression, panic disorder and obsessive-compulsive disorder and Clonazepam, usually prescribed to treat anxiety and panic attacks,” according to the L.A. Times.

Zoloft is the same psychotropic drug that Columbine killer Eric Harris was taking before his rampage.

The connection between Zoloft and violent outbursts is well documented. Countless studies identify Zoloft as being responsible for more than 1,000 suicides and hundreds of episodes of mania and aggression.

As CCHR documents, psychiatric drugs have been involved in at least 31 different school shootings and other massacres over the last 25 years. In addition to Holmes and Harris, mass shooters who were on SSRI drugs include;

America’s addiction to psychotropic drugs is out of control and growing every year.

According to a London Guardian report, “(subscriptions) for benzodiazepines – the class of anti-anxiety drugs including Xanax, Valium, Ativan, and Klonopin – have gone up 17% since 2006 to 94m annually, New York magazine notes. Generic Xanax, which goes by the name alprazolam, has become 23% more popular in that same timeframe “making it the most prescribed psycho-pharmaceutical drug and the 11th-most prescribed overall, with 46m prescriptions written in 2010.”

Harvard-trained psychiatrist and former full-time consultant at the National Institute of Mental Health Dr. Peter R. Breggin has testified in approximately 100 trials since 1976 about the clear connection between psychiatric drugs and outbursts of violence. Breggin asserts that there is a definite “causal relationship between antidepressant drugs and the production of suicide, violence, mania and other behavioral abnormalities.”

However, in the aftermath of every mass shooting, the establishment media routinely blames the massacre on guns, despite gun-related homicides showing a 49% decrease since 1993, and pays little or no attention to how SSRI drugs are fueling unnecessary violence.

Paul Joseph Watson is the editor and writer for Infowars.com and Prison Planet.com. He is the author of Order Out Of Chaos. Watson is also a host for Infowars Nightly News.