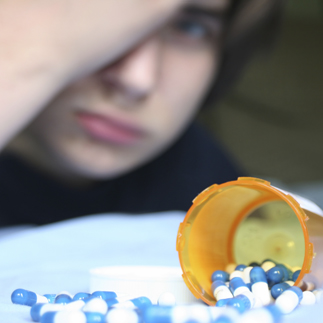 “The Assistant Director of the Pediatric Psychopharmacology Unit at Massachusetts General Hospital and Associate Professor of Psychiatry at Harvard Medical School received $1 million in earnings from drug companies between 2000 and 2007. Check out Citizens Commission on Human Rights International on the internet for more information about this and more at www.cchrint.org”

According to recently released data, ADHD drugs were responsible for nearly 23,000 emergency room visits in 2011—a more than 400% increase in ER visits due to adverse reactions to such drugs in a mere six years.

As a teacher, counselor, and relative of a child diagnosed with this condition, I have learned a deeper understanding about ADHD/ADD. In the Seventies before Ritalin was invented and needed market, a child was sent for a hair test. The school provided lunches rich with the missing mineral elements to bring balance into their bodies. The behavior reduced within two weeks and the children were working comfortably on schoolwork during class time.

In addition, as a counselor now and myself a person in recovery from numerous behavioral difficulties, I understand that when a person is not in an emotionally healthy environment, the child has to adopt survival traits. Therefore, their acting out distracts from the parents dysfunction to make the child the scapegoat. Then when the finger is pointed at the child as the problem, the parents or environment that is not healthy is off the center of attention to face their own difficulties, addictions, or illness of which they are in denial. This is about how dysfunctional people were not nurtured in a loving environment, and need to endure from all the fears, violence, and anger that are promoted from television news, movies, videos, music, crimes, and even family conditions.

Further more, ADHD is a fictitious disease confessed its inventor, US American psychiatrist, Leon Eisenberg. He was born in 1922 as the son of Russian Jewish Immigrants, who was the “Scientific father of ADHD”. He revealed at the age of 87 in his last interview, “ADHD is a prime example of a fictitious disease.” For forty years, he served on many committees, was in influential organizations, and received awards for his work in pediatrics.

The Swiss National Advisory Commission on Biomedical Ethics (NEK, President: Otfried Höffe) critically commented on the use of the ADHD drug Ritalin in its opinion of 22 November 2011. The NEK criticized that it amounted to interference in the child’s freedom and personal rights, because pharmacological agents induced behavioral changes but failed to educate the child on how to achieve these behavioral changes independently. The child was deprived of an essential learning experience to act autonomously and emphatically which “considerably curtails their freedom and impairs their personality development.

Have groups marketed the diagnosis of ADHD in the service of pharmaceutical markets and tailor-made propaganda and public relations? The issue led to the investing of “financial ties” between DSM-IV Panel Members and the Pharmaceutical Industry that became a study by the American psychologist Lisa Cosgrove and others. They found that “Of the 170 DSM panel members 95 (56%) had one or more financial associations with companies in the pharmaceutical industry.

In addition they found that one hundred percent of the members of the panels on ‘Mood Disorders’ and ‘Schizophrenia and Other Psychotic Disorders’ had financial ties to drug companies. The connections are especially strong in those diagnostic areas where drugs are the first line of treatment for mental disorders.” Today the very vocabulary of psychiatry is now defined at all levels by the pharmaceutical industry assert Dr Irwin Savodnik, an assistant clinical professor of psychiatry at the University of California at Los Angeles. 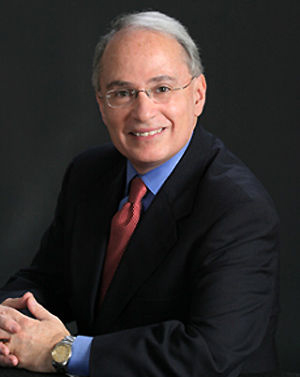 Psychiatrist Joseph Biederman was paid $1.6 million from the pharmaceutical companies for his “research.”

One well-paid example being investigated is The Assistant Director of the Pediatric Psychopharmacology Unit at Massachusetts General Hospital and Associate Professor of Psychiatry at Harvard Medical School. It appears that he received $1 million in earnings from drug companies between 2000 and 2007. Check out Citizens Commission on Human Rights International on the internet for more information about this and more at www.cchrint.org

The task of psychologists, educators and doctors is not to put children on chemicals for their conduct. Placing children in the hands of a pharmaceutical market because the entire society cannot handle the products of its misguided theories of man and raising children is a form of insanity. Let us return to the basic matter of personal psychology and education where the child is to acquire personal responsibility and appropriate behavior under sensible guidance – and that takes the family and the schools. Learning appropriate manners and conduct is the core of the human person.

Drugs are toxic and do not support health as the medical field would lead you to believe. When a person is drugged, it only becomes worse as it impedes healthiness from a recovery as the basis for the condition is not recognized only the symptoms. When does a poisonous substance support life, enjoyment, and ease? When healthy behaviors are learned, practiced and supported in a loving environment then the person can out grow the dysfunctional pattern of survival into a loving environment of acceptance and caring.