Modifications to Electroshock “Treatment” Don’t Make It Safe or Effective

Recent news articles suggest that today’s electroshock (ECT) “treatment” is safe—a few hundred jolts of electricity to the brain and life is beautiful for a time.

This couldn’t be further from the truth.  In fact, there is abundant scientific evidence that the procedure actually produces closed-head brain injury and even death.

Dr. Mazzorana apparently is referring to the version of electroshock used today compared to the visually, and morally, appalling method first used by psychiatrists, where electric current was induced directly to the frontal lobes of the brain, causing a grand mal seizure, which presumably would jump start the alleged psychiatrically disordered brain.

The painful procedure caused  violent seizures, broken bones and even death. Dr. Mazzorana implies that the current barbaric “treatment” is “safer” because the patients now are rendered unconscious and administered drugs to control the violent grand mal seizures that are induced.

In essence what the doctor is saying is that the procedure is safer because it just doesn’t look as bad. However, according to one report “modifications do little to increase the safety of ECT and are more damaging.”

As explained in this report, psychiatrists now consider the use of muscle relaxants essential, which assists in preventing the dislocations and broken bones associated with ECT in the past. But this modification actually has made the procedure more harmful.

Apparently, because muscle relaxants sedate the brain it becomes more difficult to induce the needed seizure and, therefore, the voltage has to be increased to produce the convulsion. The result, according to researchers is “this improved procedure is a higher degree of damage to the brain.” 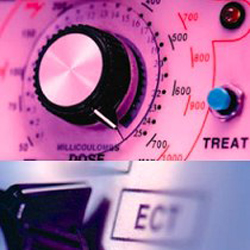 ECT machines are classified as Class III and reserved by the Food and Drug Administration as the most dangerous medical devices.

But all this talk of “safety” associated with ECT becomes even more bizarre when one considers that the manufacturers of the ECT machines have never conducted safety tests, neither pre- or post-marketing. The ECT machines are classified as Class III and reserved by the Food and Drug Administration, FDA, as the most dangerous medical devices.

ECT long has been known to cause serious harm to patients, including extremely severe and permanent memory loss, inability to learn and remember new events, depression, suicide, cardiovascular complications, prolonged and dangerous seizures and even death, but the machines used in the procedure have never been subjected to safety tests?

100,000 Americans receive ECT every year, with the vast majority being women diagnosed with depression, and yet the manufacturers of the ECT machines, to date, cannot guarantee the machines are safe or effective.

Under federal law manufacturers of devices such as ECT machines are required to submit proof that the device is safe and effective before the device is released into the marketplace. Despite the FDA’s 1979 statement that ECT devices demonstrate “an unreasonable risk of illness and injury,” to date, the FDA has failed, or refused, to require ECT device manufacturers to follow the law.

One cannot help wonder, then, if the ECT machines have never been tested for safety or efficacy, how the media, or Dr. Mazzorana, can report that the “resurgence” in ECT is due to it being more safe?

In fact, the literature shows no long-term efficacy with 50-70% of depressed patients relapsing within 2-4 months, and there is ample evidence that shows after 1-3 months there is no difference between ECT and sham treatment.

As for Dr. Mazzorana’s claims that ECT is safer than medication, one of the most published researchers of ECT, Dr. Harold Sackeim, concedes “the possibility of death due to ECT” and “profound memory loss.”  In 2005, a South Carolina court awarded compensation to one woman—a nurse—when it determined she had a 30-year loss of memory due to ECT, had lost her knowledge of nursing skills and was unable to return to work.

Dr. Mazzorana at least admits what psychiatrists have been saying for 75 years: they have no idea how ECT “works.”  While they imply it jump starts the psychiatrically disordered brain, there’s no evidence of this. Unlike a diseased or irregular heart beat being shocked back to life, there’s no evidence that depression exists as a physical dysfunction in the brain. To say so is deceptive. In fact, one Judge went as far as to say that delivering ECT after obtaining consent by use of fraudulent or deceptive information, “committed a trespass to the person of each of these patients and were responsible for an assault on them.”

Perhaps potential profits may outweigh patient safety. Park Royal Hospital boasts at least $200,000 from the 200 patients Dr. Mazzorana has administered ECT. The hospital is part of Acadia Healthcare which runs a chain of 45 inpatient behavioral healthcare centers. Its second quarter revenue for 2013 was $177.5 million, up 76.6% over the second quarter of last year ($100.5 million), and with a profit that more than doubled.

Despite the recent hype about a “resurgence” in ECT because it’s “safer,” many doctors, including Dr. Peter R. Breggin, a long-time critic of ECT, would argue quite the opposite. “Abundant evidence,” says Breggin, “indicates that ECT should be banned.”