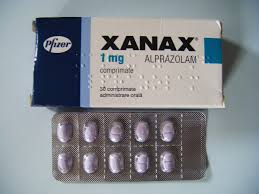 “The figures dwarf the number of patients admitted after using illegal drugs.”

More than 10,000 women in the UK are admitted to hospital each year having been poisoned by prescription antidepressants.

The figure represents a 55% increase over five years, and includes more than 8,000 women who had been poisoned by benzodiazepines and other sedatives, including brands such as Valium and its stronger cousin Xanax.

The figures dwarf the number of patients admitted after using illegal drugs. In the same period, just 243 patients were admitted for heroin poisoning, and 186 suffering ill-effects from cocaine.

Some of the women poisoned by prescription medicines were victims of self-harm, while others had taken an overdose by accident, or suffered addiction problems or an allergic reaction. In many cases, the women had been dependent on prescription drugs for decades.

An estimated 18 million prescriptions are issued by doctors each year for sleeping pills and tranquillisers alone, with up to 1.5 million people believed to be dependent on prescription medication.

The figures were contained in a parliamentary answer given by Anna Soubry, the health minister, to Labour MP Diane Abbott. The data included only women.

Medical experts have blamed a culture of over-prescription by doctors for the sharp rise in admissions, as well as aggressive marketing by drug companies, widespread over-the-counter availability of medication in supermarkets, and a more permissive culture.

Labour MP Jim Dobbin, who chairs the all-party parliamentary group on tranquilliser addiction, blamed the “power of the pharmaceutical industry, and the medical profession … who think that the way to handle people’s problems is to put them on these things”.