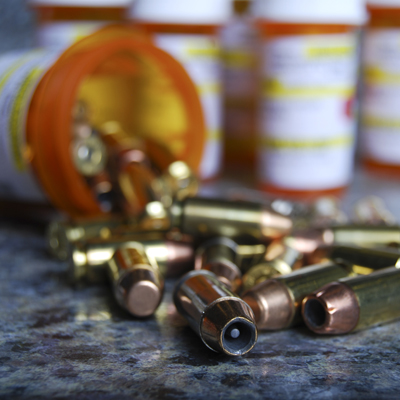 “MichaelHill told the apprehending officers 'I'm sorry, I'm off my meds.'  What patients and their families fail to understand is there are serious and persistent withdrawal effects to psychiatric drugs which can last months, even years after someone stops taking them.”

Another psychiatric drug-related incident. This time, though, there’s no guesswork about what caused the violent behavior.

Twenty-year old Michael Hill took an AK-47 assault rifle and other weapons to the Ronald E. McNair Discovery Learning Academy in Decatur, GA, on Tuesday, threatening to kill those inside the building and the arriving police officers. Hill told the apprehending officers “I’m sorry, I’m off my meds.”

Six words sum up another tragic story. Unfortunately, Hill’s story isn’t new and he joins a long list of school shooters under the influence of psychiatric drugs. At least 32 school shootings and/or school-related acts of violence have been committed by those taking or withdrawing from psychiatric drugs, resulting in 164 wounded and 76 killed. And these numbers do not include the suspected shooters, whose psychiatric drug use was never made public.

Equally important, though, is that there is no guesswork when it comes to the dangerous adverse effects associated with psychiatric drugs. Twenty-two international drug regulatory warnings on psychiatric drugs have been issued, citing effects of mania, hostility, violence and even homicidal ideation.

Adding legitimacy to these warnings is the Food and Drug Administration’s (FDA’s), MedWatch system, which collects real-life data of those who experienced the serious adverse side effects of psychiatric drugs. 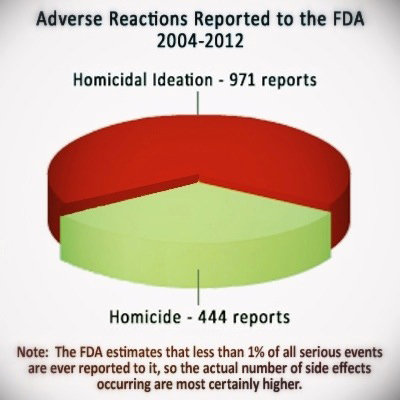 Between 2004-2012, there were over 14,600 reports of psychiatric drugs causing violent side effects. Homicidal ideation/homicide cases represent more than 1,400 reports, over 3,200 cases of mania and more than 8,200 cases of aggression. And the FDA admits these data reflect less than one percent of the actual number of those experiencing adverse side effects.

Clearly, Hill was experiencing some kind of adverse psychiatric drug melt-down. The only question that remains is what drugs Hill was prescribed and which drugs had he stopped taking. This is deadly important information.

What patients and their families fail to understand, and often are not fully informed of, is that not only are there serious adverse reactions while taking psychiatric drugs, there also are serious and persistent withdrawal effects which can last months, even years after someone stops taking them.

The reported symptoms that come from the withdrawal from psychiatric drugs are disturbed mood, emotional liability, irritability and poor stress tolerance, aggressiveness and suicidal impulsivity, to name a few. 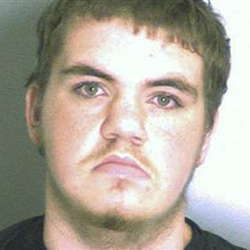 Michael Hill (above) appears to be a textbook case of modern-day psychiatric diagnosing and drugging.

Based on information provided by Hill’s brother, Timothy, Michael Hill appears to be a textbook case of modern-day psychiatric diagnosing and drugging. According to Timothy, “he [Michael] was taking drugs for treating attention-deficit hyperactivity disorder as early as age 6.”

Timothy Hill further explained that “I honestly can tell you he [Michael] has got a long history of medical disorders, including bipolar, and that could make you snap on a dime.” But perhaps the most telling information provided by the would-be shooter’s brother was that “my moms almost looked like a drugstore at one point. There was so many different medications he was on.”

Having seen this progressive drugging scenario play out too many times before, it isn’t difficult to put together a picture of Hill’s psychiatric drug life—Ritalin in grade school, antidepressants throughout middle-school then move into antipsychotics by High School.

While thanks can be given that there were no injuries or deaths associated with this psychiatric drug-related incident, the continuing tragedy is that those who have the power to thoroughly investigate the connection between psychiatric drugs and violence refuse to act.