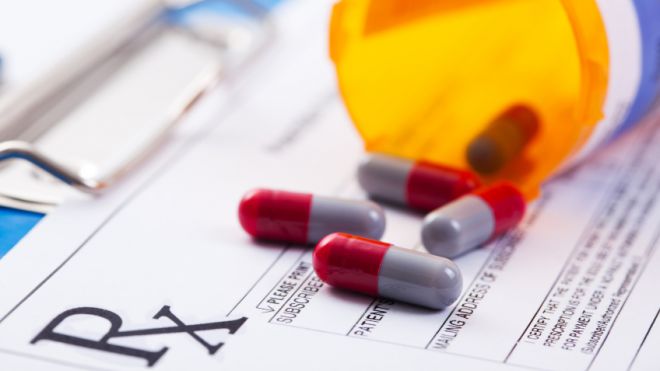 “The number of people under age 20 receiving Medicaid-funded prescriptions for antipsychotic drugs tripled between 1999 and 2008, according to an analysis by Mathematica.”

Federal health officials have launched a probe into the use of antipsychotic drugs on children in the Medicaid system, amid concern that the medications are being prescribed too often to treat behavioral problems in the very young.

The inspector general’s office at Department of Health and Human Services says it recently began a review of antipsychotic-drug use by Medicaid recipients age 17 and under. And various agencies within HHS are requiring officials in all 50 states to tighten oversight of prescriptions for such drugs to Medicaid-eligible young people.

The effort applies to a newer class of antipsychotic drugs known as “atypicals,” which include Abilify, the nation’s No. 1 prescription drug by sales. The drugs were originally developed to treat psychoses such as schizophrenia, but some now have Food and Drug Administration approval for treatment of children with conditions such as bipolar disorder and irritability associated with autism. 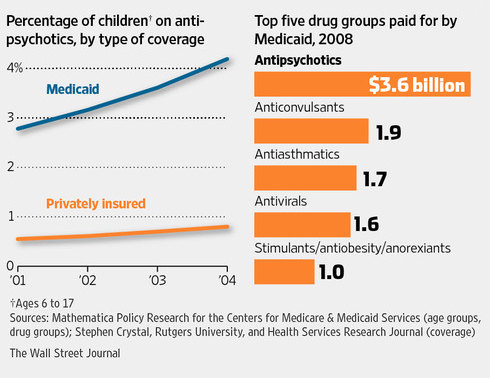 In 2008, the most recent year for which complete data are available, Medicaid, the government health program for the poor, spent $3.6 billion on antipsychotic medications, up from $1.65 billion in 1999, according to Mathematica Policy Research, a Washington firm that crunches Medicaid data for HHS. The growth came even as pharmacy benefits for millions of Medicaid recipients shifted to Medicare in 2006.

Medicaid spends more on antipsychotics than on any other class of drugs. Abilify, made by Otsuka Pharmaceutical Co., appears on lists of the top 10 drugs paid for by Medicaid in various states.

Mark Duggan, a professor and health-policy expert at the University of Pennsylvania’s Wharton School, says his analysis of 2010 data on five leading antipsychotics suggests that more than 70 percent of the cost of these drugs was paid for by Medicaid and other government programs.

The number of people under age 20 receiving Medicaid-funded prescriptions for antipsychotic drugs tripled between 1999 and 2008, according to an analysis by Mathematica.

Dr. Stephen Cha, a chief medical officer at the Centers for Medicare & Medicaid Services, the HHS agency that foots some of the bill for drugs prescribed to Medicaid recipients, says the government wants to reduce what he termed “the unnecessarily high utilization of antipsychotics.” He urges doctors to consider other approaches, including therapy to help children and families cope with psychological trauma that could be at the root of behavior issues.

The drugs in question—in addition to Abilify, the brand names include Risperdal, Seroquel and Zyprexa—were developed to replace medications dating to the 1950s such as Haldol and Thorazine, which produced severe side effects such as uncontrollable muscle twitching. The atypicals, introduced in the 1990s and early 2000s, were hailed as safer and more tolerable, and sales grew rapidly.

The FDA’s approval of some of the new drugs to treat certain pediatric conditions, coupled with concern about possible side effects on young people and growing off-label use by doctors to treat various forms of violent or aggressive behavior, has sparked debate about whether they are being dispensed too freely to troubled children.

For a complete list of all drug international drug regulatory agency warnings and peer reviewed studies on antipsychotic drugs, along with all side effects reported to the US FDA between 2004-2012 click image