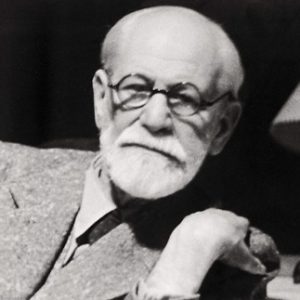 LIFE is arduous, no doubt. And for some all the effort steers only a course to the doldrums. But do we suffer more now than in previous times?

Are we more depressed or just more diagnosed? Many critical thinkers, within the medical industry and without, are incredulous of the notion that, in fact, we do suffer more. For centuries people have believed themselves to be living in stressful times – indeed, heaving away on Hamlet’s “sea of troubles”.

But what surely is credible is the influence of culture, that changeable lens through which we view our suffering. In 1950s England, few people received the diagnosis of depression – about three in every 1000. Now, in Australia, some estimates of the prevalence of depression run to 10 per cent – about 103 in every 1000. So who crafted today’s lens?

In 1980, the American Psychiatric Association radically revised its Diagnostic and Statistical Manual of Mental Disorders (DSM-III), which finds widespread use in the US, Australia and across the world by physicians, researchers, courts and schools. In doing so, the APA rendered diagnostic criteria for depression so vague as to potentially encompass us all.

At about the same time, pharmaceutical industry executives, wide-eyed at having sensed an opportunity, began propounding the notion that, much like the common cold, “mental illness” was epidemic and curable.

That commercial opportunism – the drug companies’ relentless marketing to physicians and lay people – along with slackened diagnostic criteria is central to Edward Shorter’s argument in How Everyone Became Depressed.

But let’s lighten the mood a little. Let’s talk about Sigmund Freud and his literary career.

Shorter laments the loss of that clear distinction. He explains how German psychiatrists were also trained as neurologists and thus were familiar with internal medicine, acquiring, during their training, “a feeling for brain illness as involving the entire body”.

But Freud and his adherents, self-styled “scientists of the unconscious psyche”, were largely uninterested in melancholia – for its sufferers were not readily amenable to psychotherapy – and, in the early and middle parts of the 20th century, in Europe and elsewhere, they parleyed nervous illness out of the body and into the mind. Certain psychoanalytic centres, especially those in and around New York, began encouraging the admission of “bright, young and verbal patients” suitable for psychotherapy. A phrase began to figure prominently in patient self-reports: “Doctor, I am depressed.”