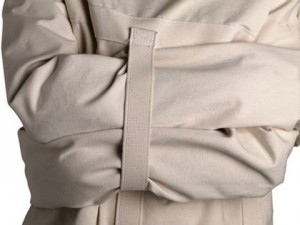 Three books examine the painful birth of the latest version of the Diagnostic and Statistical Manual of Mental Disorders – and the flaws behind it.

The Book of Woe: The DSM and the unmaking of psychiatry by Gary Greenberg

How Everyone Became Depressed: The rise and fall of the nervous breakdown by Edward Shorter

FEW acronyms have gained such traction in such a short time as DSM, the Diagnostic and Statistical Manual of Mental Disorders used by psychiatrists to diagnose mental illnesses. This is largely because a task force, appointed by the American Psychiatric Association (APA) to update it, steered a course that hit virtually every rock it passed. It remains to be seen if DSM-5, the new version of the manual, will sink from the multiple impacts.

The APA could always have expected trouble from some quarters as criticism mounted over the manual’s symptom-based approach and the association’s close relationship with big pharma. But what actually happened was extraordinary. Even before the manual’s launch in May, there was a very public falling out with the US National Institute of Mental Health (NIMH), and with Allen Frances, chairman of the group that produced the previous version,DSM-IV.

How on earth did we get here? There now seems to be a small industry in books detailing the failings of the DSM and psychiatry. I’ve picked two books because they do that job well – and one that is fascinatingly old-fashioned about a key area. Let’s start with Frances’s version of events,Saving Normal, and with psychotherapist Gary Greenberg’s The Book of Woe, which documents the trials and tribulations involved.

According to Frances, the first problem is that nothing much has changed: the chapters have been reordered, much like rearranging deck chairs on the Titanic. The second problem is that while DSM-5 has not really expanded its remit, it also hasn’t retrenched much: it still boasts a mind-boggling number of disorders.

Then there is the issue of US-centrism. Why spend $200 for what is essentially a US system, asks Frances. The World Health Organization’s International Classification of Diseases (ICD) covers psychiatry and is used for analysis and payments in the US. A revision of it is expected in 2015.

Whether there are two systems or one, Greenberg and Frances see fundamental problems, which they explain in very different styles. Greenberg is detached and observational, but Frances is altogether more involved as he returned, reluctantly, to become a critic of the new DSM revision. Both authors deplore how since DSM-IV (the move to Arabic numerals is to make updating to 5.1 smooth), diagnoses of autism, attention deficit hyperactivity disorder and childhood bipolar disorder have mushroomed, and how the prescription of psychotropic drugs has gone through the roof. All with little evidence of benefit to any party except big pharma.