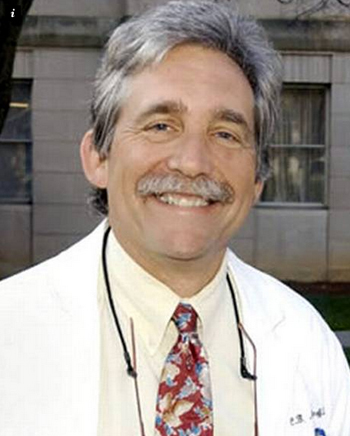 Disgraced psychiatrist Charles Nemeroff was exposed for failing to report more than $1.2m of payments from GlaxoSmithKline.

Britain’s premier institute for the study of mental illness has become embroiled in a damaging row over its decision to invite a disgraced US academic to give the inaugural lecture for a new research centre.

The decision by the Institute of Psychiatry at Kings College, in central London, Europe’s largest psychiatric research organisation, to invite Professor Charles Nemeroff, an expert in the treatment of depression, has split the psychiatric profession and been attacked by members of the institute itself. Professor Nemeroff, a leading authority on the biological causes of mental illness, is one of the highest profile doctors to have been exposed for concealing large payments from pharmaceutical companies.

He was forced to resign his post at Emory University, Atlanta, in 2008 after an investigation revealed that he had failed to report more than $1.2m of payments from GlaxoSmithKline, despite having signed an undertaking to limit payments to $10,000 a year.

He received the payments whilst undertaking a study on behalf of the National Institutes of Health into drugs made by GSK.

In 2009, Professor Nemeroff was appointed chair of psychiatry at the University of Miami and was subsequently awarded a research grant of $400,000 a year for the next five years by the National Institutes of Health. In 2012 it emerged that US Senator Charles Grassley, whose 2008 investigation triggered Professor Nemeroff’s  downfall, had written to the National Institutes of Health to ask why they had given him a grant when he was still under federal investigation.

Now a group of UK psychiatrists have written to the Institute of Psychiatry protesting against its decision to invite Professor Nemeroff to give the “inaugural annual lecture for the new Centre for Affective Disorders”, which is due to take place at the institute next Monday.

The group representing the radical Critical Psychiatry Network claims the Nemeroff case is frequently cited as “one of the starkest examples of the financial corruption of medicine” through its “overly cosy relationship with the pharmaceutical industry”.

“Many medical institutions have recognised this relationship is unhealthy and is bringing the profession into disrepute. We find it surprising therefore that the Institute of Psychiatry has seen fit to invite Nemeroff to deliver this important lecture,” they wrote.

Separately, Derek Summerfield, honorary senior lecturer at the Institute, wrote in the BMJ, formerly called the British Medical Journal, last week that the Institute of Psychiatry’s lauding of Professor Nemeroff as “one of the world’s leading experts” showed how psychiatric academe “sails blithely on as if such revelations beg no broader questions about its associations and supposed scientific independence.”

In a response, the Institute said it was “aware of the concerns” and took the issue of declaring financial conflicts of interest “extremely seriously”.

“We have been informed by Professor Nemeroff that he will not be presenting any research that was funded by commercial companies or affected by commercial implications. Obviously, he will be declaring any relevant conflicts of interest prior to his lecture.”

Professor Nemeroff could not be contacted for comment. He has previously said that his payments from GSK were for talks about GSK drugs now on the market, while his research funded by NIH involved basic laboratory studies of GSK chemical compounds that were years away from market.