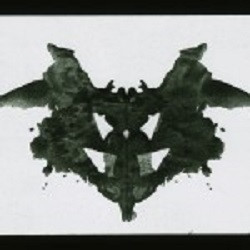 The Diagnostic and Statistical Manual of Mental Disorders, regardless of version, remains a problem masquerading as a solution for several reasons. The manual confounds socially unacceptable behavior with cellular abnormality, or disease. Behavioral symptoms, defined by Steadman’s Medical Dictionary as subjective signs, are confused with physical abnormalities. In psychiatry, the symptom is the illness; in normal medicine, the symptom points to the illness.

The fifth edition of the manual, the first such revision in two decades, continues in that dubious tradition.

The changes in the new edition merely constitute the rearrangement of chairs on the deck of psychiatry. “Addiction” is substituted for “dependency,” and “pediatric bipolar disorder” is now “disruptive mood dysregulation disorder.” Although this is the first major modification since 1994, the changes have been extensive since 1952, the date of the first edition, with additions, subtractions and nomenclature shifts and switches, without any scientific basis or benefit to clients, misleadingly called “patients.” There are considerable benefits to mental health professionals, who are now virtually free to treat — and prescribe for — virtually all Americans, aided by Obamacare and the coverage of all mental diagnoses.

The progress of what is considered “disorders” has been a result of internal power struggles within and outside of psychiatry. Homosexuality, for example, was considered a sin, a crime or a disease for thousands of years. It was first included, then, pursuant to homosexual protests in the early 1970s, it was limited to ego-dystonic homosexuality (regretted by the “sufferer”), and then excluded from the manual altogether for the same reason; namely, politics.

Among hundreds of disorders in the new edition are a very few that may have chemical-neurological causes, such as some schizophrenias. If so, such disorders should be in a textbook on neurology, not psychiatry as a bait-and-switch. As it is, a scant minority of possible brain diseases are listed, to give a misleading patina of validity to the concept of “mental disorders.”

There is no scientific rigor in the manual, despite its pretensions. What is commonly referred to as the diagnostic “bible” (although it is not religious) speaks only of psychiatric “disorders,” while psychiatrists publicly describe the labeled problems therein — as does the chairman of the book’s task force, David Kupfer — as “mental illnesses.”

The nearly consensual complaint is that the catalog of mental disorders and its diagnostic criteria are so general that everyone can be labeled as suffering from mental illness. Over the decades, the estimate of American sufferers has increased to more than 55 percent, causing Paul McHugh, the former chief of psychiatry at the Johns Hopkins University School of Medicine, to famously retort, “Fifty percent of Americans mentally impaired — are you kidding me?”

Since there are no scientific, medical criteria to preclude alterations, any changes can be made if the American Psychiatric Association so desires.

Now, cannabis addiction has been added. Is it a little difficult to stop smoking pot after you have begun? No problem — get a third-party payment for seeing a professional. The arbitrariness of diagnosing psychiatric disorders is hard to exaggerate. Bipolar disorder, according to the Huffington Post, has increased more than 40-fold. Why not? Is there any real disease that has increased by virtue of category expansion?

The changes from the manual’s fourth edition to the fifth edition are a change in degree, not a change in kind. The hundreds of disorders are no more reflective of disease or even genuine disorder than one of its new maladies, “binge-eating disorder,” a behavior of willful self-destruction. The diagnostic criteria are mostly merely arbitrary lists of what the now-deceased psychiatrist Thomas Szasz called “problems in living.” Sometimes the behavioral “disorders” are problematic to others and not a problem to alleged “sufferers.”

That’s not a good thing, but it doesn’t mean that problematic behavior is caused by brain disease. To apply a variation of Shakespeare’s “Julius Caesar” to the medical pretentiousness of the Diagnostic and Statistical Manual of Mental Disorders’ newest edition, “The fault, dear Brutus, is not in our brains, but in ourselves.”