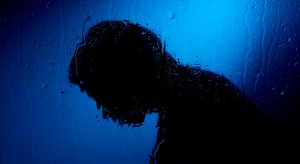 “Pretty soon everyone’s going to have a mental disorder or two or three, and it’s time we reconsider how we want to define this and whether the definitions should be in the hands of the drug companies, which is very much what’s happened in recent years.”

Dr. Allen Frances is a man with regrets.

The man the New York Times once described as “the most powerful psychiatrist in America” is at the career point where others would retire and board a cruise, to endlessly sail the Caribbean. But Frances can’t stop now. His legacy in the field of mental health is something he’s trying both to destroy and to resurrect.

Twenty years ago he chaired the task force of mental-health clinicians and academics who wrote the fourth version of what’s often called the bible of mental health — that is, the Diagnostic and Statistical Manual of Mental Disorders (DSM-IV). It’s compiled and distributed by the American Psychiatric Association and it basically determines which symptoms equate to a mental disorder.

Now, with the fifth edition to be released on May 22 — at a mammoth four-day ‘meeting’ keynoted by none other than President Bill Clinton — Frances is doing everything he can to undermine the manual’s contents.

Drafts have been circulated and tested for a a couple of years, but even before the formal launch of DSM-5, Frances had written two books criticising its content: Essentials of Psychiatric Diagnosis: Responding to the Challenge of DSM-5; and Saving Normal: An Insider’s Revolt Against Out-of-Control Psychiatric Diagnosis, DSM-5, Big Pharma, and the Medicalization of Ordinary Life which was released this week). This is despite the fact that DSM-5 still contains the legacy of his own work on DSM-IV. (The publishers dropped the Roman numerals.)

So why such a change of heart?

“Not a change of heart — change of the world,” he says in an interview with The Global Mail. Frances is concerned about the rapid inflation in mental-health diagnoses over the past 35 years. He feels the ups and downs of everyday life are being turned into medical disorders, and he knows from experience that the diagnostic manual can exaggerate that effect, with the result that a disorder label will be attached to more and more people with even mild symptoms.

Also read, Mental Disorders: The Facts Behind the Marketing Campaign