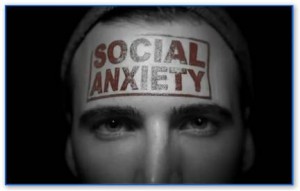 Click image to read about psychiatrists who have spoken out against psychiatry’s ‘billing bible’ of mental disorders, the DSM

MSN News – April 19, 2013
Critics of the new “Diagnostic and Statistical Manual of Mental Disorders” fear more than 50 percent of Americans will display symptoms of one of its disorders during their lifetime.

By next month, more than half of us could have a mental disorder.

The new “Diagnostic and Statistical Manual of Mental Disorders” (DSM) is scheduled for release in May and, according to its critics, the odds are that more than 50 percent of Americans will display symptoms that fit the description of one of the disorders in it.

According to the National Center for Biotechnology Information (NCBI), 46.4 percent of Americans will have a mental disorder in their lifetime by the standards of the current DSM – DSM-IV.

And the new DSM – DSM-5 – could capture even more of us, if its critics’ fears are realized.

On its website, APA says DSM-5 will not increase the number of mental disorders. “Relatively few diagnoses are changing substantially from the past edition,” the website says. “Also, as it is slated right now, there will be fewer disorders in DSM-5 than in DSM-IV.”

Although there won’t be more mental disorders, the broader definition of a disorder could drive the number of Americans with disorders up.

In fact, the Autism Research Institute, in evaluating the potential changes, notes with concern that Autistic Disorder, Asperger’s Disorder and developmental disorders not otherwise specified will be grouped under one umbrella term in DSM-5: Autism Spectrum Disorder.

But the new DSM has some vehement critics.

Allen Frances, who served as the chair of the DSM-IV Task Force and worked on DSM-5, called approval of DSM-5 “the saddest moment in my 45-year career.”

He called it “deeply flawed.”

According to Frances, DSM-5 will include Disruptive Mood Dysregulation Disorder, which, according to him, is little more than “temper tantrums.” He also decries Binge Eating Disorder, defined as excessive eating 12 times in three months, which previously only appeared in the appendix of DSM-IV.

The DSM has faced similar criticism in the past. As recently as 1973, homosexuality appeared in the DSM as a disorder.

The APA is still reviewing DSM-5, which took input from health professionals, patients and families, advocates and others. They note the DSM-5 is by no means final at this point.

Click here for psychiatrists who have spoken out against psychiatry’s billing bible of mental disorders, the DSM