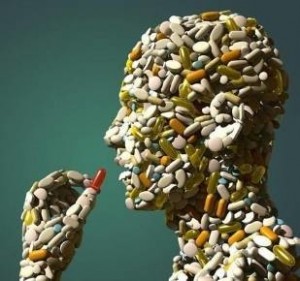 The entire industry of psychiatry has become such a laughing stock that even many supporters of the industry are turning their backs in disgust.

In May 2013, the American Psychiatric Association (APA) is scheduled to release its fifth Diagnostic Manual of Mental Disorders (DSM-5) superseding the DSM-IV published in 1994 and revised in 2000. The new “psychiatry bible” has been criticized by many as a testament to the insanity of the industry itself. Virtually every emotion experienced by a human being—sadness, grief, anxiety, frustration, impatience, excitement—is now being classified as a “mental disorder” demanding chemical treatment with—you guessed it—pharmaceutical drugs.

Ironically, one of its harshest critics is Allen Frances M.D., professor emeritus from the Department of Psychiatry at Duke University who was chair of the DSM-IV Task Force.

“DSM-5 opens up the possibility that millions and millions of people currently considered normal will be diagnosed as having a mental disorder and will receive medication and stigma that they don’t need,” said Frances. “This is the saddest moment in my 45-year career of studying, practicing, and teaching psychiatry. [The] approval makes it likely that DSM-5 will start a . . . dozen or more new fads which will be detrimental to the misdiagnosed individuals and costly to our society.”

The DSM is now larger than ever, and it includes Orwellian disorders such as “obedience defiance disorder” (ODD), defined as refusing to follow authority. Rapists who feel sexual arousal during their raping activities are given the excuse that they have “paraphilic coercive disorder” (PCD) and therefore are not responsible for their actions. You can also get diagnosed with “hoarding disorder” if you happen to stockpile food, water and ammunition, among other things. Being prepared for possible natural disasters now makes you a mental patient in the eyes of modern psychiatry.

The entire industry of psychiatry has become such a laughing stock that even many supporters of the industry are turning their backs in disgust. To many scientists today, psychiatry is no more “scientific” than astrology or palm reading, yet its practitioners call themselves “doctors” of psychiatry in order to sound credible.

The authenticity of already established “disorders” such as attention deficit hyper-active disorder (ADHD) and social anxiety disorder (SAD) have been called into question.

Frances admits that even the 1994 DSM-IV was a huge mistake that has resulted in the mass over-diagnosis of people who are actually normal.

The major victor in this is the pharmaceutical industry, which is having a field day with sales of billions of dollars of psychotropic drugs such as Prozac, Ritalin, Zoloft, Paxil and others.

Since the introduction of Prozac in 1987 there has been an explosion in the number of people using psychiatric drugs. One in five Americans, or 65M people, is now taking at least one psychiatric drug such as anti-depressants, anti-psychotics and anti-anxiety medications, according to an analysis of pharmacy claims data released on November 2011. In 2010, Americans spent $16.1B on anti-psychotics to treat depression, bipolar disorder and schizophrenia, $11.6B on anti-depressants and $7.2B on treatment for ADHD, according to IMS Health, which tracks prescription drug sales. The report showed that, between 2010 and 2011, the use of psychiatric drugs had increased a staggering 21%.

The adverse effects from these drugs are devastating. Over 200K people a year in the United States enter a hospital with anti-depressant-associated mania or psychosis. There have been 66 school shootings and over 1,300 murders and suicides by psych-drug users since 2000. The Columbine, Virginia Tech, Red Lake Reservation and Northern Illinois University shootings were all committed by individuals on psych drugs, as were many other mass shootings. At least 5K other news stories, including school shootings, link psychiatric drugs to violent crime, according to the website “SSRI Stories,” which tracks these cases.