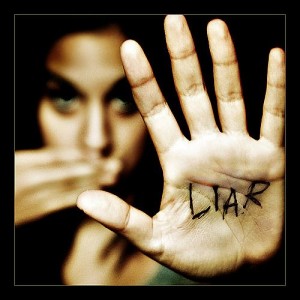 The field of psychiatry has succeeded in branding some whoppers into the minds of millions, to the tune of billions, with no accountability.

You’d think the Federal Trade Commission would hold psychiatry accountable for blatantly misleading the public, but there is zero accountability.

You’d think people would take a second to think before putting their mental health into the hands of a psychiatrist – someone who has zero training in mental health.

You’d think people would ask for evidence that their poor moods are caused by these mysterious chemical imbalances, but there is zero logic.

Here are the five lies psychiatry tells for power and profit

These chemical imbalances are profitable for doctors who tell you they have the antidote, the pill that will put your brain back in balance. The problem is, there is no such thing as a chemical imbalance that creates a poor mood. At least there is not one shred of evidence to back this idea.

Put it this way: You lose your job. You feel discouraged. Is the discouragement caused by a chemical imbalance or by your response to this unfortunate event and the perception of an uncertain future? Is the remedy a pill or a new job?

You get into a car wreck. You feel anxious while driving after that. Is the anxiety caused by a chemical imbalance? Is the remedy a pill, or to learn to reconcile the trauma that rests in your mind?

Where is the evidence that chemical imbalances cause poor moods?

2. Psychiatrists are trained in mental health

Mental health is a vast field, filled with models of human relations and subjective experience. In mental health, we create models of thinking and relating in order to improve the prospect of happiness.

Psychiatry is based on the medical model. The assumption is NOT that people need to learn skills, but take pills. There is no mental health in this. Psychiatrists have ZERO training in mental health.

Psychiatry is succeeding on a large scale in convincing people that there normal human feelings are wrong – disorders. When you feel down, especially for more than two weeks, you must have major depressive disorder. If you child is super active and creative, he must be ADHD.

In fact, I challenge you to find any normal human emotional challenge that is not labeled as a disorder in the Diagnostic and Statistical Manual, the psychiatric bible.

4. Pills are the solution

If you listen to average people talk these days, you’ll hear it. When poor moods or misbehaved children are discussed, doctors and pills are discussed.

“I’ve been feeling down lately. I wonder if I have some sort of chemical imbalance. I should see if my doctor can give me something for it.”

5. Doctors are the ‘go to’ people for emotional angst

Want a pill? Here’s a pill. Make your co-pay on the way out. This is how we treat mental illness today.

Where psychiatry lacks in honesty, it makes up for in marketing. You’ve got to give that to them. They are succeeding in convincing the world that psychiatry is the solution to mental anguish.

I wonder what a psychiatric society would look like? If psychiatry ultimately gets what it wants – total domination over emotional life – what would that look like?