Click here for information on school shooters, including 31 acts of school violence tied to psychiatric drug use, and the call for the release of Adam Lanza toxicology reports 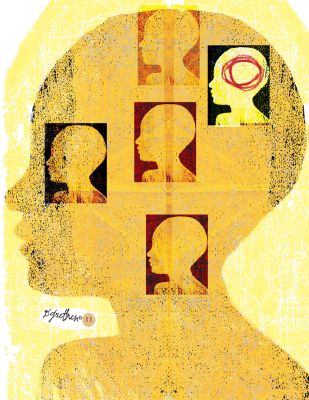 The New York Times in “More Diagnoses of A.D.H.D. Causing Concern,” published April 1, has discovered what some of us have been saying for decades: Attention deficit hyperactivity disorder diagnosis is a function of interpreting “mild [behavioral] symptoms,” not pathological findings of disease.

So it is with all “mental illness,” including that which some politicians and opportunistic psychiatrists want to use to scare the public into believing that we can prevent mass murders through better diagnosing of sufferers.

National, state and local legislators in the wake of the shootings in Newtown, Conn., are all abuzz over the prospect of stopping such people as Adam Lanza by preventive diagnosis and possible preventive detention.

If my late friend, eminent psychiatric critic Dr. Thomas Szasz, were alive today and read about all of the references to “mental illnesses” and “mental health” as a way to lessen the number of mass killings, he would say, “Am I surprised? No, of course not. This is a way to pretend that evil does not motivate such atrocities and a way for politicians to act as if they have discovered a way to stop them.”

As Szasz wrote tirelessly in scores of books and thousands of articles, “mental illness” is a metaphor. Its prolific usage is a verbal way to throw up our hands and bewail the fact that the human condition includes violence — and there will always be violent people — while claiming that there is a way to prevent the made-up “disease” that causes it.

The Sandy Hook murderer, 20-year-old Lanza, is thought to have viewed killing as a contest, wherein he wanted to kill more people or commit a more memorable crime than Anders Breivik, who killed 77 people in a shooting and bomb attack in Norwaytwo years ago, and Seung-hui Cho, the mass murderer at Virgina Tech.

Throughout our society, immediate calls for gun control and more expensive control of the “mentally ill” abound.

What is mental illness? There are hundreds of categories of “mental disorders,” categories, incidentally, that do not include mental illness in the Diagnostic and Statistical Manual of Mental Disorders of the American Psychiatric Association. Perhaps due to guilt — how Freudian — the nation’s psychiatrists avoid the word “illness” in their diagnostic manual, implicitly admitting that mental problems are not products of brain pathology, since, as Szasz always argued, the mind is not an organ. There is brain disease, since the brain is an organ, but no mental illness.

Anyone can be diagnosed with mental illness if he goes to the right — or wrong — psychiatrist, psychologist or social worker.

Yes, some say, but diagnoses of “severe mental illnesses” are different. Indeed, they are, and they may include more anti-social or self-destructive behavior, but such diagnoses will not help society identify the relatively tiny number of people who will commit mass murders.

Wait a minute, others say: Schizophrenia is a real diagnosable disease, and many mass murderers are schizophrenic. Indeed, the even tinier number of people labeled with “schizophrenia” actually may include some — but not all — people who have somatic brain disease, but you could research schizophrenia until the end of time and not be able to predict who would commit a mass murder. Moreover, people like Lanzawould strike no one as schizophrenic until he committed his murderous acts.

Do we want to hold a million people or so in preventive detention? We could do that, but even though we would be violating their constitutional rights, there is no reason to believe we could stop the periodic mass murderer.

Newtown was horrible beyond words, and there may be some ways to lessen the likelihood and expanse of some atrocities, say, by increasing security at schools. Claiming without any evidence a pandemic of “mental illness,” though, and frightening people out of their wits (Wit Absence Disorder?) won’t provide anything but an expensive way to try to control people’s behavior that simply won’t work to prevent mass murder.

Richard E. Vatz, a professor of rhetoric and communication at Towson University, is author of “The Only Authentic Book of Persuasion” (Kendall Hunt, 2013). Some points herein were originally written in a Red Maryland blog.

Click here for information on school shooters, including 31 acts of school violence tied to psychiatric drug use, and the call for the release of Adam Lanza toxicology reports