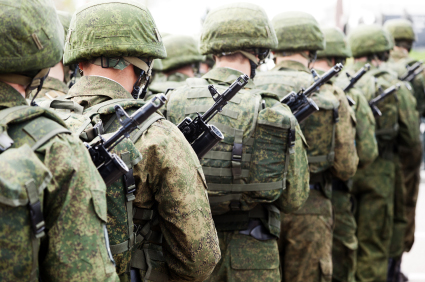 The Departments of Defense and Veterans Affairs have spent over $4.5 billion on antidepressants, antipsychotics and anti-anxiety drugs over the past decade despite more than 170 warnings issued by international drug regulatory agencies warning of drug induced suicide, violence, mania, psychosis, aggression, hallucinations, death and much more.

In an effort to create the “Super Soldier,” the U.S. military spends hundreds of millions of dollars on psychiatric research programs that can only be described as science fiction-esque experimentation. The Citizens Commission on Human Rights (CCHR), a mental health watchdog group, is dedicated to exposing these mental health abuses.

It’s no secret that the nation’s military forces long have been used as guinea pigs for psychological and pharmaceutical experiments. Recent history is littered with examples of the botched experiments brought to light in the form of lawsuits and congressional investigations. As for the troops, well, it appears they truly are expendable.

The military is spending billions of dollars on psychiatric drugs. A Nextgov investigation published on May 17, 2012 uncovered the Departments of Defense and Veterans Affairs having spent nearly $2 billion on antipsychotics and anti-anxiety drugs over the past decade, and the Dec. 29, 2012 Austin American-Statesman article, “Soaring cost of military drugs could hurt budget,” quoted Department of Defense spending of $2.7 billion on antidepressants, totaling more than $4.5 billion in the last decade. This is despite more than 170 warnings issued by international drug regulatory agencies warning of drug induced suicide, violence, mania, psychosis, aggression, hallucinations, death and much more.  The U.S. Military’s Central Command policy even allows a 90-180 day supply of highly addictive psychiatric drugs before deployment.

There is also Seroquel, or “Serokill,” as it now is referred to, which is not permitted for treatment of deploying troops with schizophrenia or bipolar disorder, but, rather, is prescribed off-label to treat insomnia. The fact that “Serokill” is still in the military’s formulary becomes more bizarre when one considers that the antipsychotic has been suspected of being linked to hundreds of “sudden cardiac deaths” among returning soldiers.

Yet, in desperation, top brass are continuing to turn to psychiatrists and psychologists who apparently have seen way too many sci-fi movies and seem ready “to go where no man has gone before,” when it comes to altering the human mind.  But when one becomes fully aware of the planned and on-going experiments, the famous line from The Fly comes to mind: “Heeeeelp meeeee!” 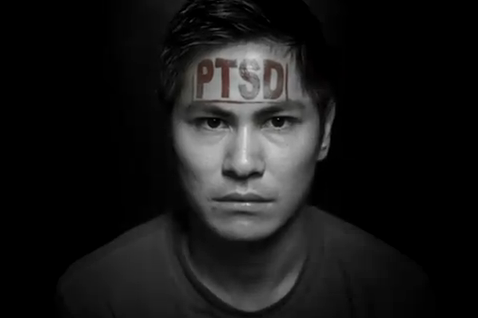 In a 2012 assessment, the Institute of Medicine found that the majority of patients in the VA diagnosed with PTSD receive more than one psychotropic drug, and that 80 percent of them receive an antidepressant.

The cozy relationship between the military and psychiatry has been in place since WWII. The pharmaceutical companies are the Yin to psychiatry’s Yang and the military has acquiesced to pharmaceutical giant, Pfizer (the maker of the antidepressant Zoloft), which has funded development of a screening questionnaire that addresses Posttraumatic Stress Disorder (PTSD).  And millions of dollars from the pharmaceutical industry has funded other military mental health screening programs, such as Signs of Suicide, a sub-organization of Screening For Mental Health, Inc. According to Screening for Mental Health, Inc.’s 990 reports for 2001-2004, they received over $3.2 million in pharmaceutical funding from Eli Lilly, Pfizer, Wyeth, Forest Labs, Abbott Labs and Solvay. On 5 Nov. 2009, The New American reported in “The Healthcare Bill’s Sops to the Mental-health Industry,” that up to 2008, they received nearly $5 million from pharmaceutical companies. It is not surprising then that the Institute of Medicine reported in their 2012 assessment titled, “Treatment for Posttraumatic Stress Disorder in Military and Veteran Populations,” that the majority of patients in the VA diagnosed with PTSD receive more than one psychotropic drug, and that 80 percent of them receive an antidepressant.

The U.S. military isn’t the first to turn to these psychiatric drugs in an effort to boost stamina and morale within the ranks, as both the British and German commands during WWII also issued millions of amphetamines to try to make pilots, sailors and infantry capable of superhuman performance.

According to the Los Angeles Times article, “VA testing drugs on war veterans,” Senate testimony given by the Vietnam Veterans of America during a 2002 hearing exposed the U.S. for experimenting on troops—using mustard gas during WWII, radiation during the Cold War, LSD and herbicides during Vietnam and chemical and biological warfare drugs during the Gulf War, yet soldiers were not made aware of possible adverse reactions.

With each new and improved experiment, no matter how it’s sold, it seems clear that the well-being of the troops is not at the top of the list of major concerns. For example, according to the 2008 Human Performance Study conducted by the Mitre Corporation and sponsored by the Department of Defense, Research and Engineering Enterprise, researchers considered the current state of “pharmaceutical intervention in cognition and in brain-computer interfaces,” and how the enemy might use future developments in this area.

Under the heading “Evaluation of Military Effectiveness” the report explains, “the most immediate human performance factor in military effectiveness is degradation of performance under stressful conditions, particularly sleep deprivation.” Researchers recommend to “monitor enemy activities in sleep research…. Use in-house military research on the safety and effectiveness of newly developing drugs for ameliorating the effects of sleep deprivation.” (Emphasis added)

Given the increasing number of soldiers already being given sleep medications, such as Ambien, with the reported hallucination episodes associated with the drug’s use, one can only conclude that the research is well on its way.

The report further explains that “when approved for use, these new drugs will certainly have extensive off-label use for improvement of memory and cognitive performance.” Further, “Depending on the ultimate performance of these drugs, adversaries might use them in training programs or field operations.” It calls on the U.S. to closely monitor the “prevalence and effectiveness of these drugs in off-label uses in the U.S.” (Emphasis added)

First, one has to wonder about the enemy monitoring of off-label psychiatric drug use in the U.S. that Command is so concerned could be used against us, while hundreds of thousands of troops and millions more American adults and children are being prescribed these same drugs. Secondly, given that many of the largest pharmaceutical companies are being sued, and fined, for marketing their drugs for off-label purposes, one can only wonder what really is going on with the military monitoring of off-label uses.

But drugs aren’t the only focus of military researchers. Columbia University Medical Center’s Division of Brain Stimulation & Therapeutic Modulation stated on its website that they have ongoing projects, grants and an active collaboration with the U.S. Defense Advanced Research Projects Agency (DARPA), the research wing of the Department of Defense, for messing with the mind through the use of electricity, including Transcranial Magnetic Stimulation (TMS) research.

This procedure is straight out of a Hollywood Sci-Fi script. TMS involves placing a large electromagnetic coil near the head, generating a strong magnetic field and inducing electric currents to “stimulate” nerve cells. This procedure is reported to either “excite or inhibit brain function.” Of course, being certain of the outcome would be important in a combat situation. But, one assumes that’s a kink researchers will correct before being used on the field of battle.

Psychiatrist Sarah Lisanby, former Columbia, now Duke University Professor of Psychiatry with familial ties to the military, has received DARPA funds to experiment using TMS and plans to administer it to 75 sleep-deprived soldiers to judge how well they perform in memory tests and military tasks. Lisanby is a co-owner on a patent application filed by Columbia University for TMS technology. Columbia’s dark history includes LSD and mescaline research funded by the CIA and U.S. Army.

The downside to this futuristic TMS madness is the soldier may experience fainting, altered endocrine, immune or neurotransmitter systems and loss of consciousness and, if the soldier is depressed, the “treatment” may induce or exacerbate suicidal feelings. 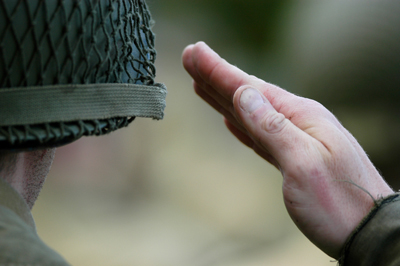 As reported in the Popular Science article, “DARPA Wants to Install Transcranial Ultrasonic Mind Control Devices in Soldiers’ Helmets,” on Sept. 9, 2010, Deep Brain Stimulation (DBS) is another possible tool. It involves surgically implanting electrodes into the brain, which are attached to wires that run inside the body from the head to the chest, where a pair of battery-operated generators are implanted. Psychiatrists wait three weeks for the bruised brain to heal and the holes in the skin to seal before programming the device to activate the electrodes. Apparently, a voila moment occurs and you’re the bionic soldier, fulfilling every desire the man behind the curtain chooses.

There are risks associated with DBS including bleeding in the brain, which can lead to stroke, infection, disorientation or confusion, unwanted mood changes, movement disorders and suicidal thoughts and behavior. Call me crazy, but I’m thinking this isn’t such an optimal tool in a combat situation.

Then there’s the strange research where taxpayers recently handed a multi-million dollar contract to Dr. Michael Kubek, an Indiana University of Medicine professor to research whether an antidepressant nasal spray could be safe and effective to calm soldiers’ thoughts. Of course, these are the same antidepressants that, despite being prescribed in record numbers, haven’t done much to ameliorate the epidemic of suicides in the military.

There are even more on-going experiments that seem just as, if not more, strange, including computerized “virtual humans” used for diagnostic purposes that apparently can be programmed to appear empathetic to the soldier’s particular problem. While many would argue that replacing psychiatrists with “virtual humans” wouldn’t be such a bad idea, one must remember that we are dealing with men and not machines.

It seems clear that psychiatric research for the military is aiming to create the invincible, insensitive and indifferent fighting machine. In the end, if the results of these experiments even remotely resemble the failure of the military’s current mental health psychiatric drug program, it is truly frightening to consider what will be left of the individual American fighting man willing to put his life on the line.

Kelly Patricia O’Meara is an award-winning investigative reporter for the Washington Times, Insight Magazine, penning dozens of articles exposing the fraud of psychiatric diagnosis and the dangers of the psychiatric drugs—including her ground-breaking 1999 cover story, Guns & Doses, exposing the link between psychiatric drugs and acts of senseless violence.  She is also the author of the highly acclaimed book, Psyched Out: How Psychiatry Sells Mental Illness and Pushes Pills that Kill.  Prior to working as an investigative journalist, O’Meara spent sixteen years on Capitol Hill as a congressional staffer to four Members of Congress. She holds a B.S. in Political Science from the University of Maryland.

Read the first 3 parts of this series here:

Part One:  Psychiatric Drugs and War: A Suicide Mission

Part Three:  Out of the Asylums and Into the Army: Psychiatry Creates Multi-Billion Dollar Market for Military Psychiatrists and Big Pharma