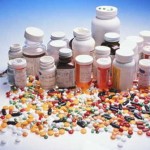 School shooter Adam Lanza is reported to have been diagnosed with Asperger’s Syndrome, which is a form of Autism. Some reports say he was also diagnosed with a personality disorder. In this series, I examine what this means by asking experts and activists what we should blame for school shootings and what we should do about it. In Part 1, we examine the role of psychiatric drugs.

Ann Blake-Tracy, author and Executive Director of International Coalition for Drug Awareness, says, “After spending 20 plus years working to wake up the world to the most extreme dangers of antidepressants this last shooting makes me angry at a society that continues to allow prescription medications on the market that have listed side effects of both homicidal & suicidal ideation in their warnings. Why is that acceptable when we have documented involvement of antidepressants in 67 cases of school shootings in our database of cases at www.ssristories.com.  Although these drugs are most similar in action to PCP (Angel Dust) they continue to be widely prescribed and are the most commonly prescribed drugs for Aspergers which this shooter was diagnosed with.”

There is a petition on the internet application Causes stating, “The reality is that many doctors are still uninformed of the dangers of benzodiazepine prescribing and its subsequent withdrawal syndrome. This means that they continue to prescribe them for longer than the two to four week period recommended by the FDA.” Unlike petitions that call for new laws, this one calls for the signers to personally inform their own doctors about this issue. This is a new direction in the psychiatric survivors’ movement, which has historically advised people with mental illnesses not to tell their doctors if they decide to quit drugs for fear they will be forcibly drugged against their will.

Perhaps if doctors, researchers, and the public are informed about the effects these drugs have on the people who take them, medical professionals and the public will demand change in the prescribing of these drugs.

Clint Moser, a Volunteer Lobbyist for “We The People”, provided this list of shooters on psychiatric drugs: