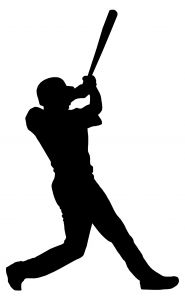 You’ve probably heard of Adderall, the latest flavour of the month in the world of performance-enhancing drugs for athletes. If you haven’t, you surely will soon enough because we are expected to believe a substance used to treat symptoms of attention deficit hyperactivity disorder (ADHD) is medically required twice as often by baseball players as by people in general. Does that make sense?

Major league baseball, as required by its agreement with its players, released its annual drug testing results a few days ago and the results seem strange, if not outright fishy.

MLB conducted 5,136 tests (3,955 urine and 1,181 blood, if you’re scoring at home) and detected seven positive for PEDs and 11 for stimulants, including 10 for Adderall. The latest of these was to Philadelphia catcher Carlos Ruiz two weeks ago.

What is shocking, though, is that MLB admits granting 116 exemptions to players to legally use Adderall, which is best described as a useful medicine for those who need it and a strong performance enhancer for those who don’t. Some college kids use it to enhance alertness and concentration and as an energy jolt, for cramming or to keep the party going. Some call it “the study drug.” (Yes, there are Blue Jays who have the exemption, Alex Anthopoulos acknowledged last week. He wouldn’t name names, obviously, but said every team has at least one name on the list.)

The NHL bans Adderall. The NBA and NFL require a prescription and the NFL is dancing a real dance here; because it cannot identify the drug in question when a player fails a test, those busted now are using the so-called “Adderall excuse” when the substance was something much more diabolical.

MLB, concerned with the growing number of exemptions, this year went to a three-person panel of review, rather than a single opinion, before granting exemptions. Documented medical evidence needs to be produced. Still, it just doesn’t make sense the way MLB’s numbers stack up. This conversation clearly is more toward the beginning than the end.   http://www.thestar.com/sports/baseball/mlb/article/1297496–adderall-use-skyrocketing-in-mlb-perkins

For more information on Adderall and other ADHD stimulants click here