As part of the Star’s ongoing investigation into drug side-effects, recent articles have also revealed nearly 600 cases of Canadian kids suffering serious, sometimes fatal side effects suspected to have been caused by ADHD medications since 2001.

The Toronto Star – October 29, 2012
by David Bruser and Jesse McLean 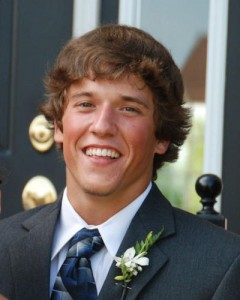 Brennan McCartney, 18, killed himself four days after starting Cipralex, an antidepressant. His mother, Nancy McCartney, filed a side-effect report to Health Canada and heard nothing. “There was absolutely no acknowledgement that anybody has read this, let alone investigated,” she said.

A Bolton teen hanged himself from a tree four days after he started taking Cipralex, an antidepressant. His mother went online and filed a side-effect report to Health Canada.

A pediatrician, troubled by the spate of side effects he was seeing in kids taking a generic version of an ADHD medication, faxed 25 reports to Health Canada over two months.

After a 49-year-old York Region man killed himself while taking smoking-cessation drug Champix, his sister called in a side-effect report to Health Canada.

All three say their reports were ignored.

The Star has found Health Canada is not investigating individual reports of serious side effects.

While the regulator periodically reviews the often-scant information in some reports, the Star’s research shows it is not digging deeper to learn about troubling cases. We found no evidence that Health Canada, after receiving these reports, is doing any formal case investigations that would help the regulator better monitor drug safety.

The mother’s report “went into cyberspace” without a response. The sister received an impersonal form-letter thanking her for making the report about her dead brother. The doctor, who expected his faxed reports to alarm Health Canada and send its investigators digging for more information, would be disappointed.

“I thought alarm bells would have been going off given that I said somebody died,” said Nancy McCartney, whose 18-year-old son Brennan killed himself while on Cipralex. “There was absolutely no acknowledgement that anybody has read this, let alone investigated.”

A serious report involves patients who either went to hospital, suffered a disability or life-threatening condition, or died.

McCartney wrote in her report to Health Canada: “(Brennan) was provided with a sample package (of) Cipralex … He did not have a diagnosis of depression. He took one tablet a day on Nov. 5, 6, 7 and 8. He completed suicide on November 8, 2010, and was found 24 hours later. He had no history of mental health issues … went to the doctor for a chest cold and came home with an SSRI (antidepressant).”

McCartney told the Star: “Why aren’t people alarmed by this? I haven’t heard from anyone at Health Canada.”

As part of the Star’s ongoing investigation into drug side-effects, recent articles have also revealed:

•  Nearly 600 cases of Canadian kids suffering serious, sometimes fatal side effects suspected to have been caused by ADHD medications since 2001.

The Star had found patients and health-care professionals were not told of this disturbing trend because Health Canada, which collects these adverse reaction reports, had not analyzed the data.

• 24 Canadians taking Champix to quit smoking have killed themselves since it hit the market here in 2007, putting it among the leading suspected causes of reported suicides linked to prescription drugs.

Health Canada and the drug companies said the side-effect reports show only a suspected connection between a drug and side effect but no medical proof that one caused the other. (A report is the opinion of the doctor, pharmacist, patient or parent that a drug is suspected to have caused a side effect.)

Then, after the Star’s ADHD drug story was published Sept. 26, Health Canada posted a general statement on its website that said: “(Side effect) reports are analyzed to confirm or rule out a cause-and-effect relationship and to discover potential safety concerns.”

The side-effect database contains about 100,000 serious side-effect reports made since 2001. They have been pouring into the database from across the country, with nearly 20,000 last year, about double the amount filed in 2008.

The Star has repeatedly asked Health Canada if it has investigated individual reports of suspected side effects. Has Health Canada followed up with those who make the reports — whether a doctor, pharmacist or mother — to learn more about the case? Has the regulator tried to access medical records or conducted interviews with doctors and patients or their family members?

Health Canada will not answer.

To visit CCHR’s psychiatric drug search engine and database, comprising all international drug regulatory warnings, studies, and all adverse reaction to psychiatric drugs reported to the US FDA (2004-2011) click here