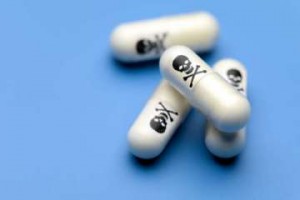 British psychiatrist and Big Pharma gadfly David Healy is so controversial amongst his colleagues that some have tried to have his medical license revoked — but there he was on Thursday, speaking at the American Psychiatric Association’s (APA) second largest annual meeting at a well-attended session on conflicts of interest.

“It’s a miracle that I was asked along to give a talk [here], and I’m extremely grateful,” Healy said.

His disquisition was perhaps less humble. Arguing that his profession is “committing professional suicide” by failing to address its dangerously close relationship with the pharmaceutical industry, he likened psychiatry’s attitude toward its faltering legitimacy to the Vatican’s widely derided response to its child-sex-abuse scandal by priests — essentially that psychiatry is brushing off justifiable concerns as hype instead of dealing with the source of the problem.

Few experts believe that psychiatry’s relationship with the drug industry is healthy. While several speakers at the session pointed out that other specialties are similarly entangled with industry, “everyone does it” is generally not a valid defense where conflicts of interest are concerned.

The conflicts throughout medicine — not just in psychiatry — are clear. In 2004 alone, pharmaceutical companies spent about $58 billion on marketing, 87% of which was aimed squarely at the roughly 800,000 Americans with the power to prescribe drugs. The money was spent mainly on free drug samples and sales visits to doctors’ offices; studies find that both free samples and sales calls increase prescribing of brand-name drugs and raise medical costs without improving care.

Moreover, nearly half of all continuing medical-education classes are sponsored by industry. By their third year of medical school, 94% of psychiatrists in training have already accepted a “small noneducational gift or lunch” from a drug company, according to Dr. Paul Appelbaum, a past president of the APA and director of Columbia University’s Division of Law, Ethics and Psychiatry, who spoke on the panel with Healy.

And while only 34% psychiatrists believe that receiving food or gifts affects their own prescribing patterns, 53% believe that it influences that of their colleagues, according to a study cited by Appelbaum. Research shows that this type of thinking — “Everyone else is prone to biases and social factors, but not me!” — is common and confounds attempts to address conflicts. “At least some of our colleagues are wrong,” Appelbaum said drily of the study.

Healy’s jeremiad was more severe and sharply worded, but it seemed to be well received by the psychiatrists assembled in the audience. Many even asked questions that suggested they too were troubled by the status quo.

“I’m going to argue that we need you to be biased. We want you to be biased by treatments that work,” Healy told his colleagues. “I don’t mind if you’re my doctor and you’ve given talks for industry. My concern is not that you’ve been paid by industry, but that you’ve been fooled by industry. The key conflict is whether people are hiding data from you.”  (MORE: Top 10 Drug Company Settlements)

Healy went on to discuss how drug companies have repeatedly concealed important information about the risks of their medications, whether by hiring ghostwriters to spin the results of scientific studies and then getting renowned experts to put their names on the published papers; by employing tricks in clinical trials like using inadequate doses of comparison medications to make the company’s own drug look better; or by simply keeping unfavorable data out of the public domain.