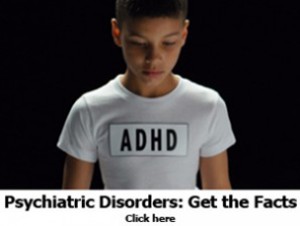 A recent blog of mine described how unethical and illegal drug company activities have driven the prescription of toxic antipsychotic drugs to children. Now the “success” of this campaign has been documented in the Archives of General Psychiatry. In a comparison between the years 1993-1998 and 2005-2009, prescriptions of antipsychotic drugs for per 100 children (0-13 years old) rose from 0.24 to 1.83. That’s more than a sevenfold increase. Given that most of prescriptions are for the older children in this age range, the rate would be substantially higher among preteens and 13-year-olds. For adolescents (14-20 years old) the increase was nearly fivefold.

This report comes out at a poignant time for me. Right now one of my patients, a 7-year-old boy I will called “Joey,” has just returned from being psychiatrically hospitalized because he could not be withdrawn from the antipsychotic drug Risperdal as an outpatient. The family came to me for help in getting this child off the psychiatric drugs he’d been prescribed by another psychiatrist. A basically sweet and lovable boy, the withdrawal was such an agony for him that he became uncontrollably violent. Meanwhile, he already suffers from tardive dyskinesia, a persistent and commonly permanent movement disorder from antipsychotic drug exposure that causes abnormal movements, including deforming facial grimaces and disabling involuntary movements of the torso and limbs.

Joey is also a victim of precocious puberty, almost certainly caused by the Risperdal. Although largely ignored in the scientific literature, according to Philadelphia attorney Steve Sheller, many cases of Risperdal-induced premature puberty in boys are showing up as legal cases.

My patient Joey became dangerously violent for the first time after exposure to antipsychotic medication and then became even more violent during withdrawal. You can witness similar reactions in stunning footage from an ABC News documentary about U.S. foster children prescribed large quantities of psychiatric drugs, including Brooke, also age 7, who had been exposed to the drugs since the age of 4. When she was finally taken to a psychiatrist who recognized what was happening to her, the doctor observed, “The first thing we’ve got to think about: Is the medicine causing this? … There always has to be a high index of suspicion when we’re using these agents.”