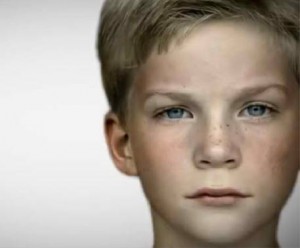 America’s children were depressed. They needed antidepressants. It was GlaxoSmithKline to the rescue.

Paxil was never approved for use by anyone under 18, but GlaxoSmithKline  had 1,900 sales reps visiting doctor’s offices, and pushing the drug for kids.

According to a criminal complaint filed in U.S. District Court in Massachusetts, the company “engaged in a fraudulent scheme to deceive and defraud physicians, patients, regulators, and federal health-care programs.” The complaint, alleging the company misbranded drugs and failed to report safety data, was filed under seal in October.

On Monday, the international pharmaceutical giant said it agreed to settle this case as well as a civil case for $3 billion. This the largest health-care fraud settlement in U.S. history, involving Paxil and some of its other drugs.

GlaxoSmithKline said it will plead guilty to the criminal charges, which are misdemeanors, but it will not admit any wrongdoing on the civil charges, which allege potentially deadly behaviors that I think should be considered felonious.

I guess this is why corporate lawyers make the big bucks: To go to court and say, “Yes, we did it–but not if anyone else is trying to sue us.” It’s also worth noting that no single individual has been named as a defendant in the criminal complaint. It’s just another one of those unfortunate corporate things that nobody ever got caught doing.

The U.S. Justice Department’s complaint said the alleged offenses occurred between 1999 and 2010. The company’s chief executive, Sir Andrew Witty, reiterated that this was the behavior of the old company, not the one he is currently running.

“I want to express our regret and reiterate that we have learnt from the mistakes that were made,” Mr. Witty said in a statement released Monday. “Since I became CEO, we have had a clear priority to ingrain a culture of putting patients first, acting transparently, respecting people inside and outside the organisation and displaying integrity in everything we do.”

Yes, you spotted it. It’s the ol’, “mistakes were made” strategy from the PR playbook. The company’s mantra is “Do more, feel better, live longer.” But it might as well have been, “Prescribe Paxil to children. Win a free trip!”

GlaxoSmithKline’s Paxil push occurred between 1999 and 2003, the government alleged, and soon “Paxil became one of the top-selling drugs in the United States.”

Have you ever sat in doctor’s waiting room when an exceptionally well-dressed woman, looking like she could be a fashion model, struts through the door? That was the pharmaceutical rep. Or sometimes it’s a handsome guy who looks right out of GQ. This is how drugs, including Paxil, are sold. Beautiful people handing out free drug samples so doctors will prescribe them. Just look at me, and never mind all that fine print on the side effects. 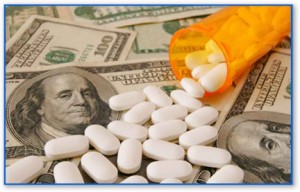 Central to GlaxoSmithKline’s marketing effort for Paxil was an article published in Journal of the American Academy of Child and Adolescent Psychiatry that the government convincingly argues is “false and misleading.” GlaxoSmithKline reps touted this allegedly bogus research. GlaxoSmithKline also paid shrinks to give speeches in which they referenced it.

Here’s how the government describes these paid-shrink performances in it’s criminal complaint:

“The meetings were held at expensive resorts such as the El Conquistador Resort & Golden Door Spa in Puerto Rico, the Rio Mar Beach Resort in Hawaii, and the Renaissance Esmeralda Resort & Spa in Palm Springs, Calif. GSK paid for the psychiatrists’ lodging, air fare, and a $750 honorarium. GSK paid speakers a $2,500 honorarium. GSK also paid spouses’ airfare if two cheaper tickets were available for the cost of one full-coach fare.

“The actor/comedian GSK hired to emcee one of the meetings told the attendees “We have a wonderful and unforgettable night planned. Without giving it all away, I can tell you–you’ll be experiencing a taste of luxury.” “After the May 2000 Forum meeting in Hawaii, one psychiatrist wrote: “A beautiful location, enjoyable and fun-filled activities, an exciting, cutting-edge informative educational program…exhilarating!” Another doctor wrote after the Forum 2001 meeting in Palm Springs: “Both my wife and I enjoyed the extra care our drug rep gave to us all weekend.'”

When the issue of certain side effects came up, the programs went something like this: “OK, so some of the kids who took Paxil had suicidal thoughts and killed themselves. Maybe it was an adverse reaction to the drug, or maybe they were just depressed. Depressed kids do depressing things, you know. It’s what we call ’emotional liability.’ Meantime, please, enjoy the resort, and don’t miss that Bacardi rum tour!”

Maybe the reason kids are depressed is because of the way some of the highest-paid adults in this world behave.